Named HySpeed, the collection draws on classic supercar designs created by McLaren – including the McLaren Senna, Speedtail and 765LT.

"Supercars – or hypercars – are visually intriguing, aerodynamic, fast and typically look unique, which is exactly what we strived to create with the HySpeed," Adam Goldston told Dezeen.

The designers drew on the shapes, materials and technologies found in McLaren's hypercars when creating the shoes, which place heavy emphasis on comfort.

For example, McLaren's Senna car seats were used to inform the three pieces of protruding cushions in the heel padding of the shoe.

"The Senna seat is an engineering marvel," Adam Goldston said. "The entire carbon fiber seat weighs just eight kilograms and feels incredibly supportive and comfortable even though it is unbelievably lightweight."

"The Senna seats have Alcantara in the key contact points for the body and for our heel padding system, we looked at the key points of pressure and contact that the heel makes with the shoe," he added.

"We added padding reinforcement in a similar design to the Alcantara pads on Senna seats so that not only is it comfortable and supportive, but it's also visually intriguing and clearly inspired by the seats."

The trainers, which are available in bright lime and orange colours as well as a more traditional white, monochrome and rose shades, have a heel made from microfibre.

According to the designers, the shape of the heel echoes the lines found in McLaren's Speedtail, a hybrid hyper GT car that the brand described as its "most aerodynamically efficient car".

Elsewhere, the outer sole of the shoe references the hypercar's performance tyres. 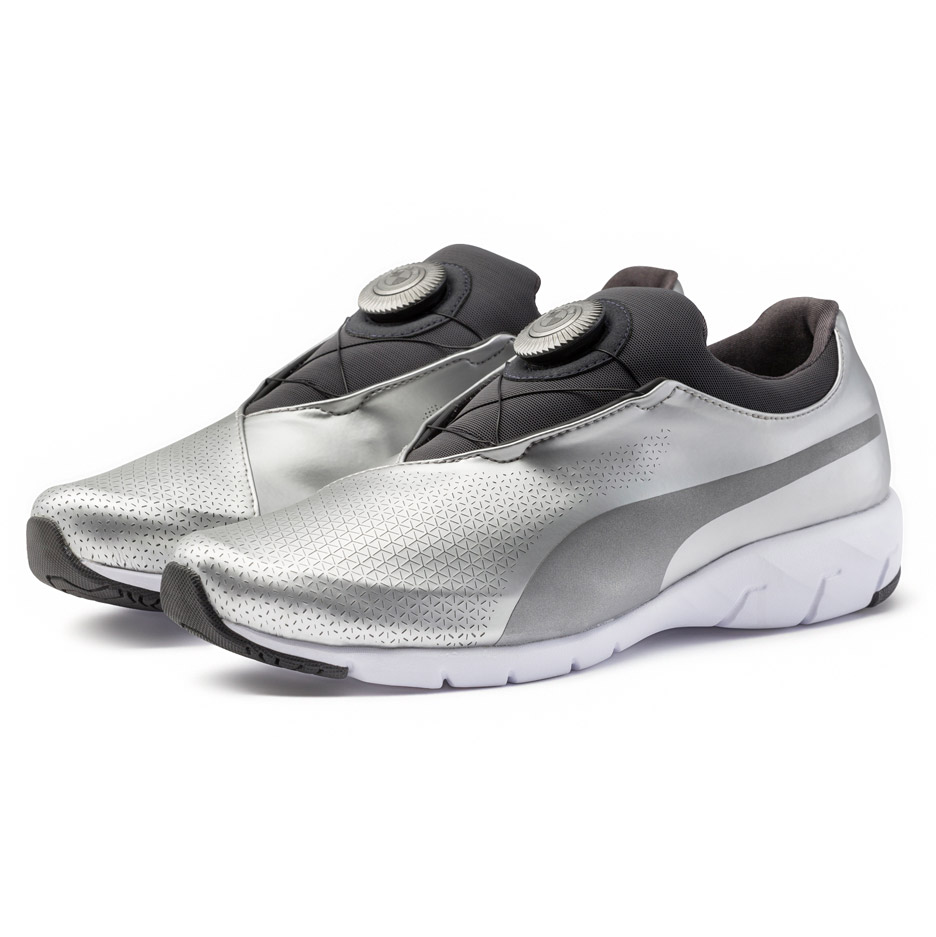 "The heel of the HySpeed is inspired by the long tails of McLaren's lightweight series and the Speedtail," APL co-founder Ryan Goldston told Dezeen.

"We have always loved the architectural aspect of the back of McLaren's fastest cars," he said.

"The complexity and severity of the lines in the back of the shoe are very McLaren. If you put the HySpeed next to a 765LT or a Speedtail you can instantly see where the design similarities are."

APL is not the first fashion brand to find inspiration in car design.

Nio and Hussein Chalayan launched a clothing collection inspired by the world's fastest electric car.  A pair of slippers in the collection could automatically return to a designated spot after wear.