American motorcycle company Harley-Davidson is transitioning to become an all-electric brand in a process that will take decades, explains its CEO Jochen Zeitz in this interview.

Harley-Davidson, which is known for its large-engine, heavyweight cruiser motorcycles, is currently undergoing a long-term transition with the aim of becoming an electric brand, said Zeitz.

"At some point in time, Harley Davidson will be all-electric," he told Dezeen. "But that's a long-term transition that needs to happen. It's not something you do overnight."

The company launched its first electric motorcycle in 2018, named LiveWire. According to Zeitz, electrificaction is the next logical step in the evolution of the brand that was established 120 years ago.

"If you look at the past 120 years, the company has always evolved, never stood still," he said. "Now, like the founders did at the time by trying to reinvent or invent something unique, that's obviously something that we as a company brand need to do as well."

"What we're doing is celebrating our past but also evolving the brand at the same time," he continued. "It's a natural evolution that needed to happen". 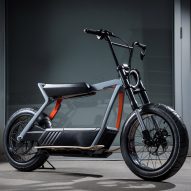 According to Zeitz, the transformation of the iconic brand means focusing on people who may not typically ride large motorcycles and even those that do not ride at all.

"I believe in big transformational change for iconic brands, which is what I've always done in my life," he said.

"We are targeting different consumer profiles – you have the traditional core customer, but you have a contemporary core customer, you have dreamers that aspire to ride or may just dream about the brand," he continued.

"The brand is not just for inspiring for those who buy motorcycles, it's inspiring for others, which is why we're making such made such a big effort on apparel and accessories to really bring the brand to broader customer bases – customers that might or might not right one day." 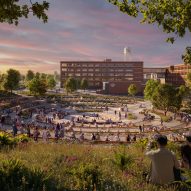 Although Harley-Davidson has begun producing electric motorcycles, Zeitz does not expect the company to abandon petrol in the near future.

Its planned timeline to become fully electric is longer than many other auto companies with several leading car brands including Volvo, Fiat, Mercedes, Buick, Bentley and Rolls-Royce, which recently unveil its first fully electric car, stating that they will be all electric by 2030.

"We are thinking: 'how do we evolve if you think really long term', as this will not be an overnight transition," he said.

"It takes decades, right? But you have to also think in decades rather than just thinking about what year and the short-termism that everyone is exposed to as a public company. We have to think about the transition, and preparing for that transition is why LiveWire was born."

As part of the latest evolution of the brand and to mark its 120th anniversary, Harley-Davidson is overtaking a revamp of its offices in Milwaukee. The first stage of this redevelopment will be the creation of a public park that will include an amphitheatre that can hold 700 motorcycles that will be designed by Heatherwick Studio.