Digital spaces can create communities but the ownership-obsessed metaverses envisioned by tech companies are depressing and uninspiring, writes Holly Nielsen.

Talking about the metaverse feels like an almost-impossible task. There is no cohesive answer as to what, exactly, it is. Is it a new kind of internet? A video game? A VR experience? To try and understand the metaverse is to wrestle with buzzwords and tech companies' lofty promises in an attempt to form them into a coherent thing.

The main problem is that "the metaverse" is a term that does not refer to one particular technology, but rather an unwieldy, loose set of mainly speculative ideas about how we will engage and interact with technology in the future.

To try and understand the metaverse is to wrestle with buzzwords

Proponents say this lack of coherence is because the metaverse is still in the process of being built – although a lot of money is already tied up into its marketing. Meta, previously Facebook before a metaverse-focused rebrand, is perhaps the most notable potential beneficiary of the metaverse, whatever it may be, though far from the only company considering how to profit from something that does not yet fully exist.

Although different CEOs may be talking about different things when they mention the metaverse, a number of themes are prevalent. One of the main recurring ideas is of a virtual world running constantly alongside our real world, an online space that continues to exist whether you are present or not.

"Ownership" also comes up a lot – the idea that you can "own" something, such as virtual clothing or art, and that this ownership "transfers" between spaces. Ideally for Meta, these separate online spaces will eventually be swallowed up into one single metaverse. 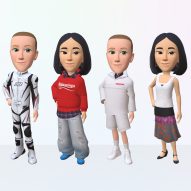 Of course, how any of this actually works is not substantially explained. Those of us who are sceptical about the idea of forced digital scarcity will look particularly at this mercantile aspect with a withering air of exhaustion.

For anyone familiar with video games, it feels like a lot of marketing spiel for what sounds like an MMO (massive multiplayer online) game, with less to do and more ways to part with your money. What makes something "metaverse" and not just a rebranding of technology that has existed in video games and online for years remains to be seen.

Absurd promotional videos of the metaverse from various tech firms present impossible scenarios of holograms jumping into virtual worlds without any visible hardware. To go from this to Mark Zuckerberg's failure to introduce legs to avatars slightly bursts this bubble of digital magic.

What strikes me most about a lot of these marketing materials is the presence of space, the idea that the internet won't just be tabs open on a screen but a world to be embodied. Despite the grandiose promises (even if they were realistic), it is disheartening how limiting and depressing the metaverse proponents' visions are: essentially a digital shopping centre.

To talk about digital spaces without taking into consideration real-world spaces leaves us with only half the story. Many of us face a crisis of space, whether it's a lack of space from being unable to purchase a home, precarity from renting accommodation and insecure work, or a lack of communal spaces that allow us to mix and socialise without the requirement to spend money.

Young people in particular are caught in this dilemma. Increasingly they are discouraged from existing in public spaces such as parks and playgrounds (this is particularly true of working class and non-white young people), and are then admonished for being on the internet or in their own virtual worlds too much. 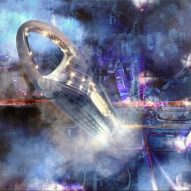 There are obvious dangers and downsides in online spaces, but there are also positives and beauty to be found too. In a world where many of us face various crises of physical space, online spaces can provide community, freedom, self-expression, accessibility and socialisation.

They can provide the opportunity to move beyond the limitations faced in the real-world, whether that be greater ease in traversing the environment, being able to connect with those geographically distant, or carving out spaces for communities that would not be possible in the physical world. Forums from the beginnings of the internet demonstrate these possibilities, as do the wild popularity of games over the years like Runescape, Minecraft and Fortnite.

People also find ways of repurposing existing software and systems to provide ways of interacting with each other that are more tailored to their own social needs. This was particularly prevalent during lockdowns. The Google Doc party thrown by curator and creative director Marie Foulston is a fantastic example. There are also those, like Darius Kazemi, who create and encourage others to create their own social spaces for online community building, bypassing the need for large corporation-run sites.

Naturally grown communities have existed online for as long as people have had access to the internet, and adapting existing frameworks for our own purposes and communities is a very human expression of the desire for a variety of interactions and connections. In contrast, the metaverses being promised appear to be the digital equivalent of huge empty cities being clumsily built without character or community in mind, and inviting people in to spend their money.

To see our bright shining future of online interaction as a series of soulless shop floors and spaces focused on ownership is to be expected from corporations like Meta, Microsoft and Google. They exist to create things with the ultimate goal of wealth extraction.

But, even within that framework the metaverse as it is currently imagined is a bizarrely uninspired and ugly version of what could be. It hinges on the idea that we desire a huge digital facsimile of the real world. The novelty of buying your weekly food shop wearing a VR headset will quickly pass. 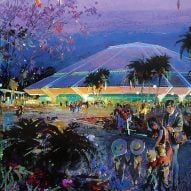 Meta currently have poured enormous resources into making what looks like a disappointing Nintendo Wii game you'd get in the bargain bin of HMV in 2008. Even the higher-flying ideas seem to show how you will be greatly limited in this digital world of apparently endless possibilities – by your bank balance.

How sad but entirely predictable it is to see these visions of the future have privatisation of digital space and an obsession with ownership running through them, mirroring the problems of our real-world spaces. The companies spouting promises about the metaverse are right in that there is value to shared online spaces, but of course they naturally bypass the human value and go straight for perceived monetary value.

Holly Nielsen is London-based a historian, writer, and narrative designer who specialises in video games and the history of play.

Images are courtesy of Meta.