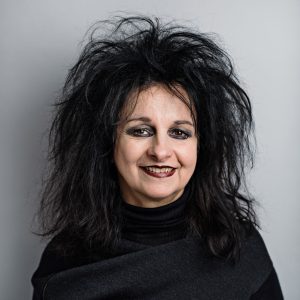 Paris-based Odile Decq experiments with unifying experiences of urban planning, architecture, design and art. Her encompassing approach to design was recognised in 1996, six years after her first major commission, with the Golden Lion of Architecture during the Venice Biennale of that year. In 2016, she completed a five-year renovation of industrialist Pierre Bernard’s "bubble" home, demonstrating a colourful palette and Decq’s fascination with spatial quality.

Featured on the Dezeen Hot List 2016, she is renowned for her contributions to architectural education for 25 years. For five years, she acted as head of l’École Spéciale d'Architecture in Paris until 2012. Two years later, she created her own Lyon-based school Confluence Institution for Innovation and Creative Strategies in Architecture, heading a new style of education.

Awarded the esteemed Jane Drew Prize in 2016, the French architect has also received an Honorary Fellowship from the Royal Architectural Institute of Canada and the ECC Architectural Award for her work as a designer and educator in 2018. Her recent projects include two installations at the Venice Architecture Biennale 2018 and a travelling exhibition at the House of Art in the Czech Republic.