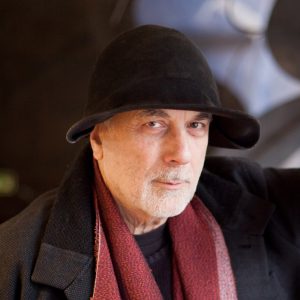 Born in Tel Aviv, Ron Arad attended the Jerusalem Academy of Art before moving to London to study at the Architectural Association. In 1981, Arad co-founded design and production studio One Off with Caroline Thorman. He then established Ron Arad Associates in 1989 and later founded Ron Arad Architects in 2008.

His designs have been featured in museums and galleries worldwide, including New York’s Metropolitan Museum of Art and the Powerhouse in Sydney. The 2010 exhibition Ron Arad: Restless at the Barbican in London explored three decades of his designs.

Arad was professor of design products at the Royal College of Art, where he taught until 2009, when he was made emeritus professor.