The hotel in Washington DC made famous by the Watergate scandal has reopened with interiors by London studio Ron Arad Architects (+ slideshow).

Ron Arad's studio refitted the public spaces of the Watergate Hotel – which was built by Italian architect Luigi Moretti between 1960 and 1965 – as part of a major overhaul of the building.

The complex became famous as the stage for the Watergate political scandal, which led to the resignation of US president Richard Nixon in 1974.

"I have a confession to make: our initial attraction to this project was actually the Watergate scandal," said Arad in a statement.

"I would be telling you a lie if I didn't tell you that part of the attraction to do the job was the legacy, and our take on it," he told Dezeen during an interview earlier this year. 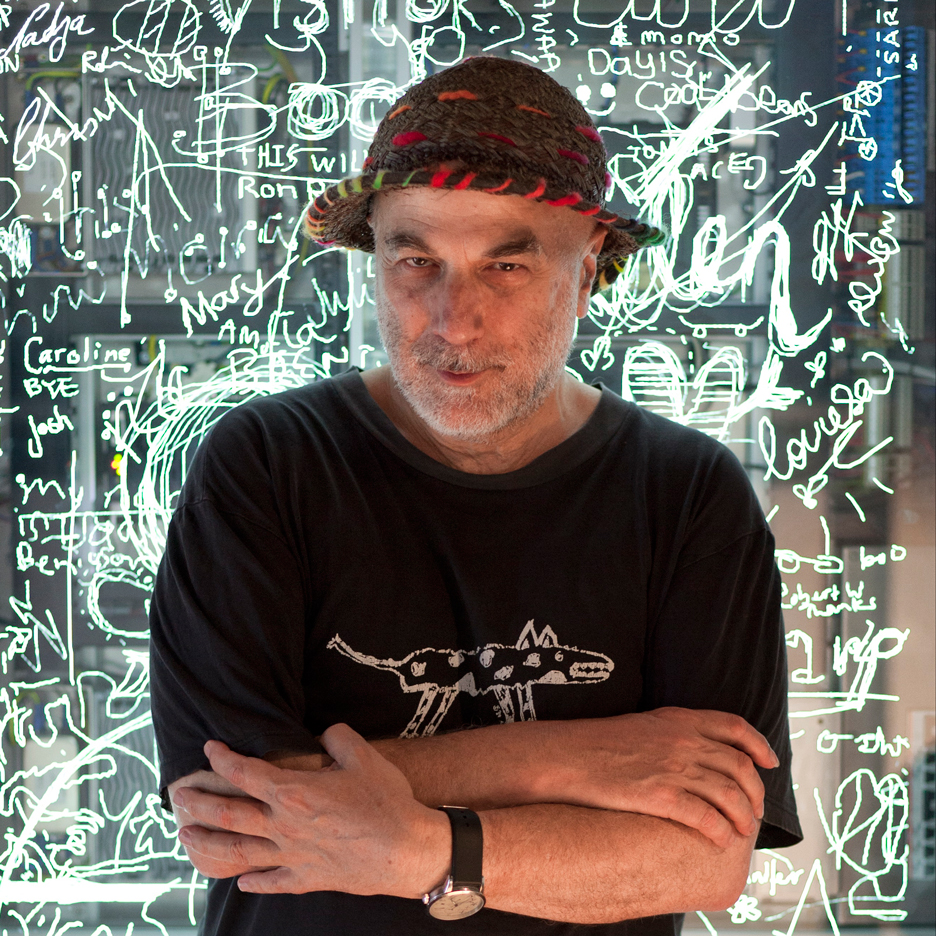 "Architects have a duty to do good things" says Ron Arad

Arad redeisgned areas on the ground and lower ground floors, including the entrance foyer and hotel lobby, the casual and fine dining restaurants, the hotel bar, the main elevator lobby, and the external dining terrace.

The designs are intended to compliment the curves and Modernist palette of Moretti's structure, while influencing the anticipated flow of people through the space.

"Working within such a significant period piece, you can't ignore the context, but at the same time you don't want to mimic it," Arad said. "Instead you want to create something complementary, but importantly, something new."

Walls, desks and columns in the reception are wrapped in metal bands, while vertical surfaces in the whiskey bar comprise curved glass cabinets filled with stacks of liquor bottles.

Regarded as one of Washington DC's plushest hotels, Watergate was once home to former senator Bob Dole and was also where Monica Lewinsky took refuge after news emerged of her affair with former president Bill Clinton.

The Watergate scandal began in 1972 with a break-in at the Democratic National Committee (DNC) headquarters in offices of the hotel complex, when burglars attempted to steal and intercept communications.

Nixon's administration attempted to cover up its involvement, but an investigation by US Congress led to a breakdown of government and the president's resignation.

The term Watergate came to encompass an array of covert and illegal activities undertaken by the administration, and the suffix "-gate" has been lent to numerous scandals ever since.

According to Ron Arad Architects, the hotel fell into disrepair in later years and eventually changed hands in 2010. It officially reopened 14 June 2016.

Israel-born Arad set up his architecture studio in 2008, working alongside his design firm Ron Arad Associates founded in 1989 in London.

Other buildings the studio has ongoing include a cancer treatment centre that will serve communities in both Israel and Palestine, which was the focus of Dezeen's interview with Arad in January 2016.

"Architects have a duty to do good things" he said, referring to working in conflict areas like the West Bank.