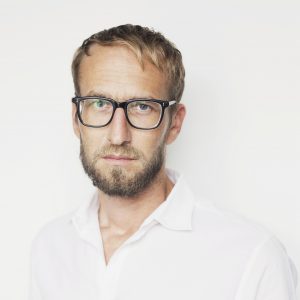 Munich-born Clemens Weisshaar is the co-founder of design studio Kram/Weisshaar.

Weisshaar studied product design at Central Saint Martins and Royal College of Art in London. He then assisted Konstantin Grcic for three years before founding his first design office in 2000.

The designer's projects span across software development and process design, as well as product design and architecture. Examples include the SmartSlab dining table with hidden embedded technology and the reflection-warping Picó Blitz speakers.

The studio’s work has been exhibited worldwide and can be found in the permanent collections of Vitra Design Museum, New York’s Museum of Modern Art and the Centre Pompidou in Paris.