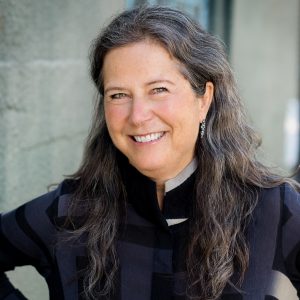 Ivy Ross is the vice president of hardware design at Google.

Over the past four years, Ross' team have launched over 30 products, which have collectively received more than 110 global design awards. The hardware collection has established a new Google design aesthetic, which is "tactile, colourful and bold".

She has previously held roles at Calvin Klein, Coach, Swatch and Mattel.

Ross strives to work at the intersection between the arts and science, as she believes it's where the most engaging and creative ideas are found. Her jewellery metal work can also be found in the permanent collections of 12 museums internationally.

Ross has received a grant from The National Endowment for the Arts and was placed ninth on Fast Company’s list of the 100 Most Creative People in Business in 2019. She was recently interviewed by Dezeen about sustainability.