The Pollock Arm Chair – also known as the 657 Sling-back Lounge – was designed by Charles Pollock in 1960 and originally manufactured by Knoll between 1964 and 1979. 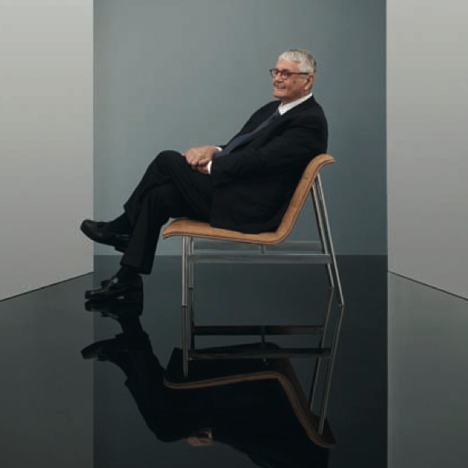 The seat is formed from a sling of black belting leather, with a padded urethane cushion for added comfort.

The inception of the chair came after Pollock made prototypes from plumbing found in an abandoned basement and took the designs to Knoll.

"I brought all these prototypes in [to Knoll] without an appointment and pushed them off the elevator and said, 'I want to see Florence Knoll'," he is quoted in a statement from the brand.

"Fortunately for me, [senior designer] Vincent Cafiero came out just by accident, and he said, 'Who are you?' I said, 'I'm Charles Pollock.' I had had a major article in Interiors, in a series of articles about Saarinen, Eames, and myself about three or four months before, and he had read that," Pollock continued.

He explained that Cafiero told him to discard one idea and develop the other, and together they created a scale model of what was to become the 657 design.