The creators of activity tracking app Human have visualised the routes taken by its users to create moving maps that show the world's cities throughout the day (+ movie).

Using data collected from the Human smartphone app, major urban centres such as London, New York and Amsterdam have been drawn with pixels created by the movement of inhabitants that use the app. 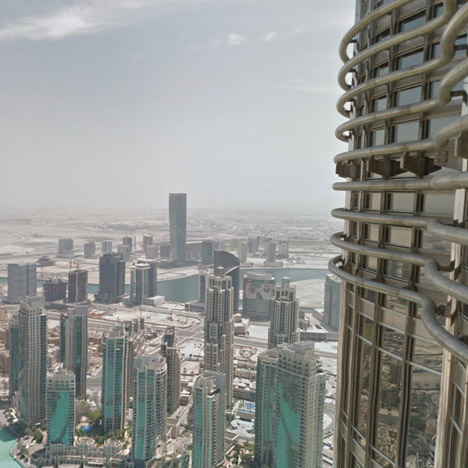 "We visualised 7.5 million miles of activity in major cities all across the globe to get an insight into Human activity," said the team. "Walking, running, cycling, and motorised transportation data tell us different stories."

These can be seen in both videos and a series of gifs created by Human – all published on the app's website.

Visualisations have also been overlaid to form artistic street maps of the cities, which can be ordered as prints.

In the series of maps, patterns of movement are marked using white lines on a black background, creating trails that build up and fade over time.

"[The imagery shows] how a 'simple' consumer app can lead to insights on a tremendous scale, providing general health data and insights that could lead to better urban planning," Human CEO Renato Valdés Olmos told Dezeen.

The iPhone app was originally designed to encourage users to undertake at least 30 minutes of exercise each day. Using the phone's location services and movement sensors while sat in a pocket or bag, it records the wearer's type of movement and tots up the amount of activity completed.

The app automatically categorises walking, running and cycling, while other types of movement are simply counted as "active".

The collected data is securely processes on the phone and on Human's servers.

As well as the city maps, the information was also used to rank the cities in percentage order of their residents' most common means of transport.

Amsterdam topped the list for cycling, Washington for walking, Berlin for running and Los Angeles for motorised transport.