The 105,000-square-foot Beats By Dre offices in Culver City, west Los Angeles, was designed for the company originally founded by music producers Dr Dre and Jimmy Iovine and taken over by Apple in May. 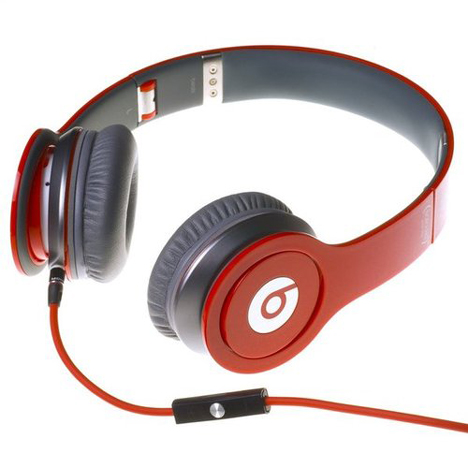 Bestor Architecture wanted to create a sophisticated working environment for Beats' 650 employees, rather than the "adolescent-like interior that is prevalent in Silicon Valley".

"We steered clear of the 'fun and games' aesthetic that has been recently spoofed on HBO – the whole dot com deal," founder Barbara Bestor told Dezeen. "I think office environments, Silicon Valley or not, can often be quite generic or overly branded and we really wanted to make a campus that felt diverse spatially."

The studio collaborated with workplace consultants Loescher Meachem Architects to plan the space, organised so natural light flows through the building via skylights and atriums.

"The design reflects the varied nature of [the company's] work from software to hardware, balancing open-plan zones with ample collaborative co-working zones woven through the core of the building," said the architects.

Walls and structural supports are painted bright blue in one of two double-height atriums, used as a casual workspace.

Openings to other rooms on both levels are set back within faceted recesses, while clerestory windows spread light across angled sections of ceiling.

Corridors leading from this area are completely red and feature cushioned seats within niches in the walls.

In the centre of the building, a wooden staircase is positioned beside a long white wall opposite the cafe.

"We used the wood to bring a sense of warmth to the space," project designer Daniel Rabin told Dezeen. "There is a certain tactility that comes from using natural materials that brings a sense of comfort to the environment. We wanted people to feel at home in the office in order to use the space as best as possible."

A walkway bridges the space above the eatery, where black and white diagonal striped tiles cover sections of floor and the sides of the counter. Another staircase is lined on all sides with golden mirrored panels, which reflect the wooden treads.

A giant aerial photograph of LA by Iwan Baan covers a wall in one of the larger spaces, while smaller versions of his cityscapes are mounted in conference rooms upstairs.

Informal work bars are located outside these rooms, while six "project zones" across the building include floor-to-ceiling whiteboards.

Scandinavian furniture like the Copenhague collection by Ronan and Erwan Bouroullec for Hay furnishes the courtyards, public areas and listening bars, while pieces by Muuto are scattered across the headquarters.

"We used furniture lines from young, up-and-coming designers," said Rabin. "Lines that were not widely used in the US, but had some traction in Europe."

Photography is by Jasper Sanidad.