Venice Architecture Biennale 2014: exhibition commissioner Kayoko Ota says Japan's pavilion celebrates the architects that "challenged the status quo" in the 1970s, in this movie filmed by Dezeen in Venice.

She adds: "I think that is hugely lacking today. I think people are more or less living in a comfort zone. They are not [taking on] enough challenges."

Called In the Real World, the exhibits in Japan's pavilion, which include works by the likes of Toyo Ito and Tadao Ando, are displayed on plinths made up of wooden pallets and crates. 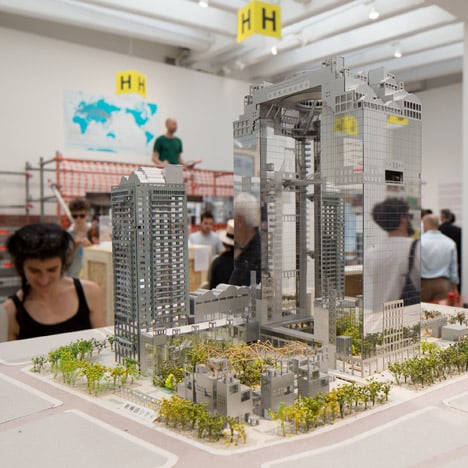 "We wanted this exhibition space to work as a storehouse," Ota explains. "We wanted the visitors to see the real thing, the real documents, rather than someone's theory or interpretation."

Triggered by the 1973 oil crisis, the 1970s was a period of economic hardship for Japan, which forced architects to think outside the box, Ota says.

"What's particularly interesting about the phenomenon of the 70s is that each person took individual action to question modernism and to make a challenge to the status quo," she says. 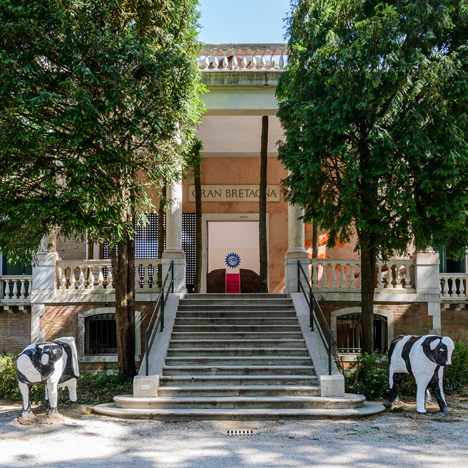 British pavilion is "a call to arms for contemporary architecture"

"For instance, the architect Osamu Ishiyama stepped aside from working on the drawing board and went straight into the market economy trading pre-fabricated housing systems. He produced the housing units himself. This is a whole counter proposal as an architect; it's a message to the whole of society."

The exhibition also looks at later examples of Japanese architecture, which Ota claims were influenced by the tumultuous years in the 1970s, such as Hiroshi Hara's 1987 Yamato International and 1993 Umeda Sky buildings.

"Hara is known to have done amazing work as a field researcher," she says. "He went to the non-western world and questioned modernism. We had a hypothesis that maybe the observations in his field research was the inspiration for the Yamato International building in Tokyo."

She continues: "We said to Mr Hara, 'Is there a link between your field research [in the 1970s] and what you designed [later on]?' And he said: 'Actually yes, I designed the building exactly based on the first village that I visited in Algeria.'"

Photography is by Luke Hayes unless otherwise specified.

More stories from the Venice biennale