MacMillan, who made his name working for modernist firm Gillespie Kidd & Coia, suffered a brain hemorrhage while judging this year's RIAS Andrew Doolan Awards, and passed away shortly afterwards.

The architect joined Gillespie Kidd & Coia in 1954 from the East Kilbride Development Corporation, where he formed a partnership with Isi Metzstein. Neither architect was fully qualified, yet by 1956 they had assumed creative control of the company. 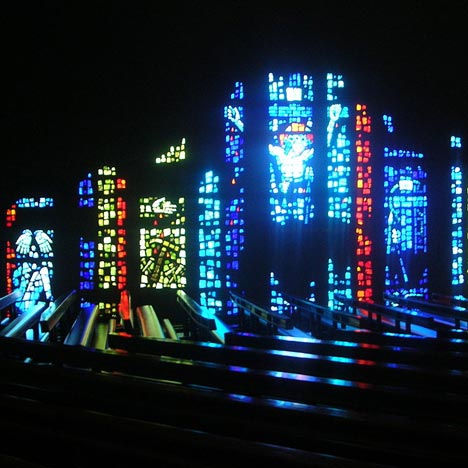 That same year the pair completed St Paul's, a Catholic church in Glenrothes. They went on to design a host of churches that includes St Peter's College Seminary in Cardross in 1966 – the iconic Brutalist building that is widely considered to be the firm's most important project.

MacMillan served as head of the Mackintosh School of Architecture between 1973 and 1994, during which time Gillespie Kidd & Coia was dissolved. He continued to teach at the Glasgow School of Art up until his death, and held the title of honorary vice-president.

"Andy was a great architect, an educator of international renown and one of the finest human beings it has been my privilege to know," said Iain Connelly, president of the The Royal Incorporation of Architects in Scotland, and a fellow judge of the Andrew Doolan Awards, which honours the best new buildings in Scotland.

"Andy's contribution to Scotland was among the most significant of any architect in the post World War II era. He will be remembered as someone who lived life to the full, who inspired all those he taught and all those who encountered him, as an individual of enormous talent, tremendous enthusiasm and irrepressible fun," he said.

The architect is survived by his wife Angela, his son and his three daughters, who are inviting donations to the restoration fund for St Bride’s Church, East Kilbride, in his memory.