News: Flos, the Italian lighting brand that produces iconic products including the Castiglioni brothers' Arco light, is to be sold to a private equity fund for around €400 million.

Flos president Piero Gandini has reached an agreement to sell an 80 per cent stake of the business to Investindustrial, an investment vehicle headed by Milanese financier Andrea Bonomi. Gandini will remain at the company. 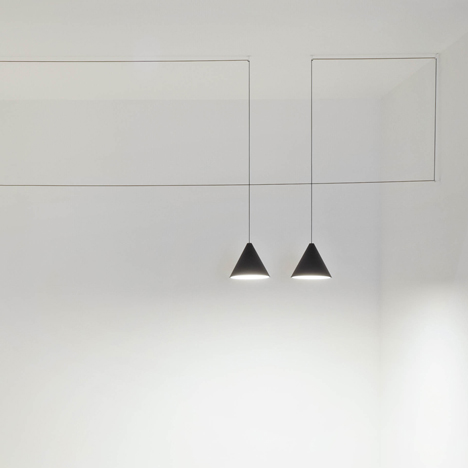 The deal was confirmed this morning in a joint statement issued by both companies. "Investindustrial will support Flos in the continuation of its industrial and global expansion, through organic growth and selective add-on acquisitions," the statement said.

Flos, one of the best-known and most financially successful of Italy's family-run design brands, was founded in Merano in 1962 by Cesare Cassina and Dino Gavina. They had joined forces two years previously with Arturo Eisenkeil to find commercial applications for Cocoon, a spray-on plastic coating that Eiseinkeil imported from the USA.

The result was a range of lights by Italian designers Achille and Pier Giacomo and Tobia Scarpa - Viscontea, Taraxacum and Gatto by the Castiglioni brothers and Fantasma by Scarpa - that marked the start of Flos' collaborations with leading designers using innovative production techniques.

In 1962 the Castiglioni brothers released another collection of lights that included the arching Arco floor lamp, which is still in production.

In 1964 the company moved to Brescia under the direction of Sergio Gandini, who left it in the control of his son, Piero, when he passed away in 1999.

Under Piero Gandini the company, whose name is Italian for "flower", has prospered despite the intervening recession, expanding abroad and buying Spanish architectural lighting brand Antares in 2005. Its sales are reported to be €150 million (£119.3 million).