News: NASA's Space Mission Analysis Branch has unveiled a research project to send astronauts to Venus, envisioning "lighter-than-air" pods that could hover above the clouds to house explorers.

Published on a NASA website, a movie and an accompanying image show a conceptual design for inflatable silver blimp-like air balloons for working and living that would house two astronauts for up to a month in the upper atmosphere of the planet Venus.

"A recent internal NASA study of a High Altitude Venus Operational Concept (HAVOC) led to the development of an evolutionary program for the exploration of Venus, with focus on the mission architecture and vehicle concept for a 30 day crewed mission into Venus's atmosphere," said a statement from NASA's Space Mission Analysis Branch (SMAB).

"A lighter-than-air vehicle can carry either a host of instruments and probes, or a habitat and ascent vehicle for a crew of two astronauts to explore Venus for up to a month."

According to the American space agency, a mission to Venus would require less time than a similar manned mission to Mars. 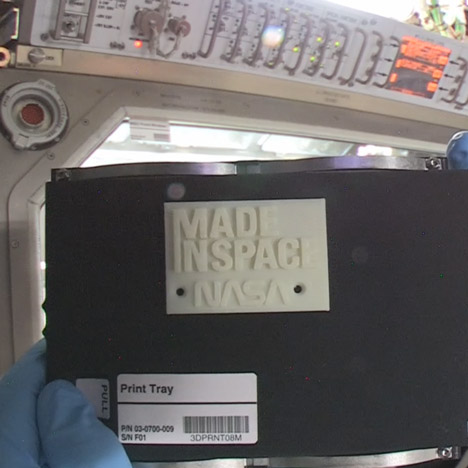 It also said the mission would be simpler as the planet's environment is "relatively benign" with similar gravity, pressure and density to Earth.

"The atmosphere of Venus is an exciting destination for both further scientific study and future human exploration," said SMAB.

"Key technical challenges for the mission include performing the aerocapture manoeuvres at Venus and Earth, inserting and inflating the airship at Venus, and protecting the solar panels and structure from the sulphuric acid in the atmosphere."

NASA said that there would need to be "advances in technology" and "further refinement" of the concept before it could actually proceed.

To date, there has not be a successful manned mission to another planet. The moon remains the only natural satellite man has set foot on.

Earlier this year, NASA revealed it had managed to create the first 3D-printed object in space, with a machine on the International Space Station. It is now 3D-printing tools for use on the station.

A number of designers have developed concepts for extra-terrestrial adventures, including London firm Priestmangoode – who designed a capsule that will float tourists to the edge of space – and ZA Architects, who proposed sending robots to Mars to build caves for human habitation.