CES 2015: a bicycle pedal that can notify the owner if their vehicle has been moved was launched at the Consumer Electronics Show this week.

French startup Connected Cycle revealed "the first ever connected pedal" prototypes, with built-in global positioning systems (GPS) that could prevent bikes being stolen, at the Las Vegas event this week. 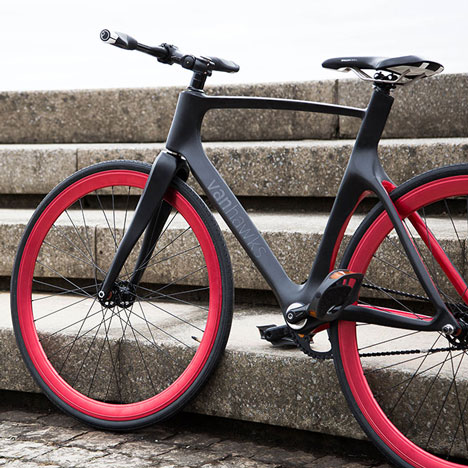 When linked up to a smart device via the internet, the equipment sends the owner a notification when it detects a change in location.

"This new high-tech equipment instantly notifies the bike owner if the bike is moved, and allows it to be located at any time," said Connected Cycle co-founder Jean-Marie Debbasch. "It is also able to locate where the bike was last parked."

The pedal automatically records the rider's speed, route, incline and calories burnt on every trip – without the need for carrying a phone or tablet on the journey. These statistics are stored on a digital cloud system and are accessed using the Connected Cycle app.

The pedals will be sold in pairs, with one featuring the technology and the other designed to match aesthetically.

Aluminium cases protect the internal electronics, while the foot pads come in colours including black, red, blue, green and orange.

Installing the pedals onto an existing bike requires no mechanical skill and can be completed in less than two minutes, according to the designers. The pedals can only be removed using a special coded key possessed by the bike's owner.

Connected Cycle is currently seeking investors and considering crowdfunding to bring the pedals into production later this year.

Another cycling design from the Consumer Electronics Show (CES) 2015 was car brand Volvo's prototype helmet that offers two-way communication between the wearer and nearby drivers to help prevent accidents.

The annual show, which concludes today, also saw the launch of an electric smartscooter designed to combat pollution in megacities and Volkswagen's gesture-controlled concept car.