As interest in space travel grows, NASA has created posters advertising holidays on planets that could potentially support life. 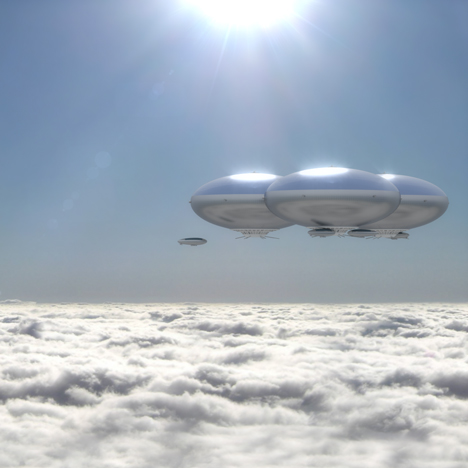 Credited to the fictional Exoplanet Travel Bureau, the posters depict hypothetical scenarios on real planets discovered by NASA's Kepler telescope – which is constantly searching for new planets by recording small fluctuations of light from stars – and the European Southern Observatory's HARPS apparatus.

The posters come in the same week NASA announced that Keplar has now discovered 1,000 planets, including three that are similar in size and temperature to Earth and could potentially support life.

There has been a surge of interest in space travel recently, with NASA's Space Mission Analysis Branch last month unveiling a research project to send astronauts to Venus in "lighter-than-air" pods, while billionaire entrepreneur Elon Musk is working on a manned missions to Mars.

Over 200,000 people have applied to be part of the rival Mars One mission to colonise Mars.

Each of NASA's poster designs highlights a feature of a planet that could draw visitors, including stronger gravity for extreme sports and double sunsets.

HD 40307g is located 44 light years from Earth and is twice its size. Skydiving through its atmosphere would create an intense adrenaline rush due to higher levels of gravity caused by its mass, which is eight times that of our own planet.

"Twice as big in volume as the Earth, HD 40307g straddles the line between 'Super-Earth' and 'mini-Neptune' and scientists aren't sure if it has a rocky surface or one that's buried beneath thick layers of gas and ice," the team said. "One thing is certain though: at eight times the Earth's mass, its gravitational pull is much, much stronger."

Due to orbiting a Red Giant star, Kepler-186f's flora might match the colours emitted by its sun. This could attract keen botanists to the planet, which was first spotted last year.

"Kepler-186f is the first Earth-size planet discovered in the potentially 'habitable zone' around another star, where liquid water could exist on the planet's surface," said the designers. "Its star is much cooler and redder than our Sun. If plant life does exist on a planet like Kepler-186f, its photosynthesis could have been influenced by the star's red-wavelength photons, making for a colour palette that's very different than the greens on Earth."

Discovered in 2011, Kepler-16b orbits two stars that would create a pair of shadows from objects on its surface at certain times. Visitors would also be able to watch both suns setting.

"Like Luke Skywalker's planet Tatooine in Star Wars, Kepler-16b orbits a pair of stars," said the team. "Depicted here as a terrestrial planet, Kepler-16b might also be a gas giant like Saturn."

"Prospects for life on this unusual world aren't good, as it has a temperature similar to that of dry ice. But the discovery indicates that the movie's iconic double-sunset is anything but science fiction."