Lego bricks could be used to transfer design models into real-time digital files with this prototype system by London studio Gravity (+ movie).

Gravity's Lego X system recognises forms created with toy building blocks, using location-mapping and gyroscopic sensors to plot the position and orientation of each of the components to create a digital 3D model.

"[Lego X] is a network of bricks that communicate through an app made in-house," Oluwaseyi Sosanya from the Gravity team told Dezeen. "You have your bricks and you start building with them; the system understands the shapes being built and lets you control certain parameters to modify the shape for use when finished building." 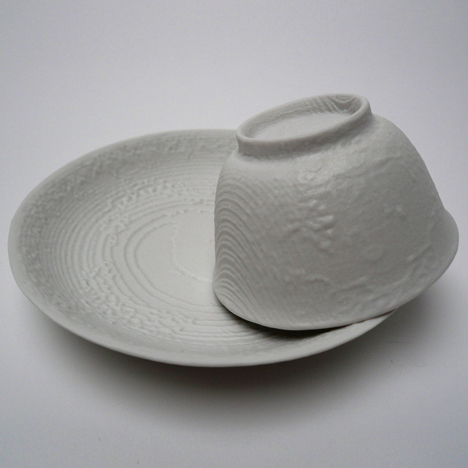 The app allows users to store the digital models and export the 3D files to use as they wish, for purposes including 3D printing.

The proof of concept demonstrated in the movie uses larger Duplo bricks, but Gravity hopes to develop the platform to work with Lego.

"The next iteration would be integrated into the standard Lego size bricks," said Sosanya. "This is why we call it Lego X."

Paired with the Lego Architecture Studio kit launched specifically for architects, this technology could provide a new tool for designing buildings.

Each block is modelled individually within the interface, so moving, turning, or connecting the physical objects by hand is mirrored in real time on screen.

Once larger clusters of blocks are formed, they act as single entities within the programme, making it easy to create complicated forms.

The digital models can be fixed to one orientation while the physical structure is built, and rotated to view from different angles either within the app or by handling the blocks.

The modelling software is also able to create more realistic architectural structures by calculating when the user is building an angled section, forming a flat sloping plane on the screen rather that a staggered portion.

Files can be smoothed to remove the joints between the bricks and rounded to make the edges and junctions between the shapes appear curved.

The studio's Gravity Sketch tool involves drawing on a transparent acrylic panel with a stylus and using a joystick to add a third dimension to the digital model, visible through a headset such as Oculus Rift.

A similar system to Lego X has been developed by designers Unfold, Kirschner3D and Penny Webb, who created a set of instruments that measure physical objects and transfer the dimensions to a digital model.