Stockholm 2015: Stockholm studio Claesson Koivisto Rune has set up a new company that will offer a selection of small household items (+ slideshow). 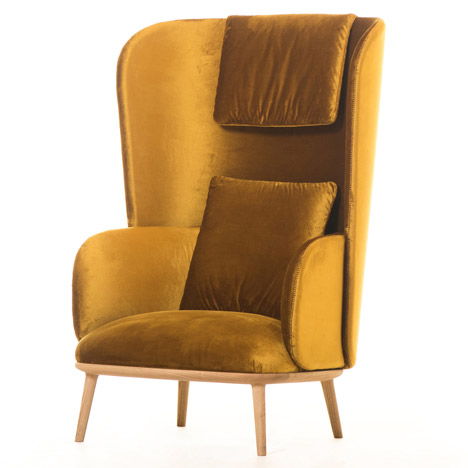 Marking the 20th anniversary of the studio founded by Mårten Claesson, Eero Koivisto and Ola Rune, the new company will provide a platform for the designers to market "the useful everyday objects that we want for ourselves".

"When I can't find household items for my home that I want, I start designing," said Mårten Claesson. "This has always been a process of passion for me, like a hobby. I know that I share this passion with other designers and now I want to make it visible and accessible."

The initial range includes eight objects for the home, each designed with the studio's minimal aesthetic.

"Our first collection consists of eight self-evident yet unobtrusive objects that fit within a wide range of contexts," said Eero Koivisto.

Flat, circular pieces of soap stone are formed into coasters, while a set of three ceramic pots create tea-light holders.

Wooden items include trays designed to look like longboard decks and a chopping board with edges sliced at angles.

Pillows patterned with aerial views of urban grids, an oval plant pot for growing herbs and a series of house numbers also feature.

The brand is set to expand its range with more items from Claesson Koivisto Rune and other designers in the coming months.

"As for everything we are involved in, we believe in cultivating a long-term perspective," said Ola Rune. "I hope that we will have the opportunity to influence and inspire people to choose well-designed everyday objects that will be cherished until they're passed on or inherited."

The studio is also presenting a set of huge cone-shaped lamps, side tables assembled from four thin sheets of metal and a modular sofa system with integrated charging points during Stockholm Design Week, which continues until 8 February.

Claesson Koivisto Rune is not the only well known studio launching its own brand this year – last month Italian designer Luca Nichetto launched his Nichetto furniture company at the Maison&Objet trade show in Paris.