News: images have emerged of a replacement for the stalled Pinnacle skyscraper in London, which will now be demolished following a deal believed to be worth £300 million.

A development team led by French investor Axa Real Estate has now taken over the contract for the site of the the KPF-designed Pinnacle. Only seven of the tower's proposed 63 storeys had been completed before the project was stopped due to financial difficulties in 2011.

The consortium plans to demolish the so-called "stump" and build an all-new tower designed by London firm PLP Architecture, images of which were leaked on Skyscrapercity.com yesterday. The pictured design – understood to be an old version – comprises a tower broken up into three tiers. 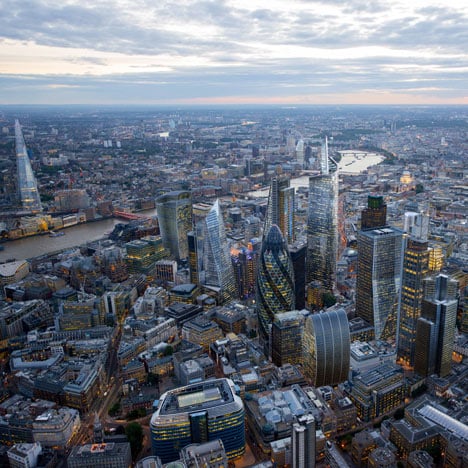 Named 22 Bishopsgate, the new building is expected to have a height of just 60 storeys, but will create over 93,000 square metres of office space – approximately 25 per cent more than were planned for the Pinnacle.

Axa and developer Lipton Rogers announced today that they have exchanged contracts to acquire the site, in a deal reported to be worth £300 million.

The pair had originally planned to use a reworked version of the KPF design, meaning they wouldn't have to register for a new planning application, but have now said they want to create "a new landmark tower" for the site close to Liverpool Street Station.

It will include shops, restaurants and bars, as well as a public viewing gallery. According to Axa, it will also "provide a unique leisure offer with separate ground-floor access".

"We have developed an innovative design for an exceptional office tower with art and character, shaped to respect views of the City and designed to be more than an office building with social amenity spaces, restaurants, bars and retail units as a new vertical City campus reflecting the City's ever changing consumer base," said Stuart Lipton, partner of Lipton Rogers.

A planning application will be submitted in the next few months. If approved, construction will begin later this year, with completion scheduled for the end of 2018.

PLP Architecture was founded in 2009 by five former KPF architects – including two from the design team for the Pinnacle. Nicknamed the Helter Skelter, the project was at one stage due to become the tallest building in the City of London.