Starting today, pizzas ordered by UK customers via Domino's website and mobile app will be served by the two-wheeled vehicles, which are called Domi-No-Drivers.

Equipped with heated compartments, the autonomous scooters are able to carry four times as much pizza as traditional pizza delivery bikes ridden by humans.

"Whilst driverless vehicles once sounded like science fiction, it's now within our grasp," said Domino’s Pizza UK marketing director Simon Wallis. "Harnessing this innovation for pizza delivery opens up a new world of opportunities for us."

The vehicles navigate via GPS technology and feature an onboard Pizza Interface (PI) that calculates the fastest route to the customer. 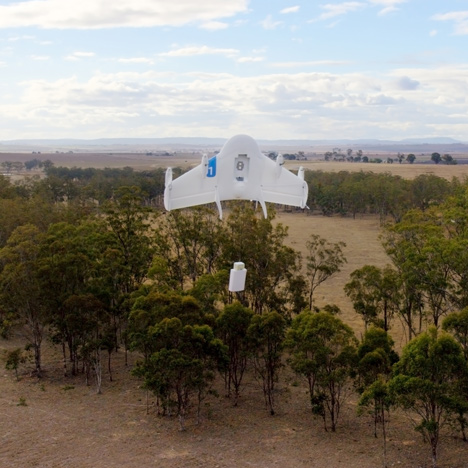 While in motion, a proprietary system called HUNGAR (Hunger Detection And Ranging) identifies potential obstacles and other road users, allowing the vehicle to flash messages of apology via an LED screen mounted at the front. Messages include "Sorry", "Apologies" and "What am I like?"

When it reaches its destination, the Domi-No-Driver automatically sends the customer a unique passcode that allows him or her to unlock the correct pizza compartment on the vehicle.

"Due to its patented driverless technology, the vehicle is able to carry 400 per cent more pizza thanks to 100 per cent less driver," said the company in a statement.

Several companies are exploring driverless delivery systems. Both Amazon and Google have experimented with drones to transport parcels and supplies while in 2013, Australian company Flirtey claimed to have launched the first-ever drone book-delivery service.

However Domino's fleet of self-driving pizza bikes is thought to be the first use of autonomous road vehicles by a mainstream brand.

"Working with the latest technology helps to ensure our customers have the best possible experience," said Wallis. "We're really excited to bring these amazing vehicles to streets across the UK."

The Domi-No-Driver service is available to UK pizza-buyers from today, April 1.