Movie: in the first of a series of videos to celebrate the opening of the fifteenth Serpentine Gallery Pavilion, gallery director Julia Peyton-Jones previews SelgasCano's colourful structure ahead of its opening next week.

This year's pavilion, which consists of layers of coloured translucent plastic wrapped around a metal frame, will be "exuberant, joyful and playful," Peyton-Jones says in the movie.

"SelgasCano have designed a pavilion full of colour," she says. "It's a combination of different coloured plastics that reminded me of stained-glass windows when they first presented it to us." 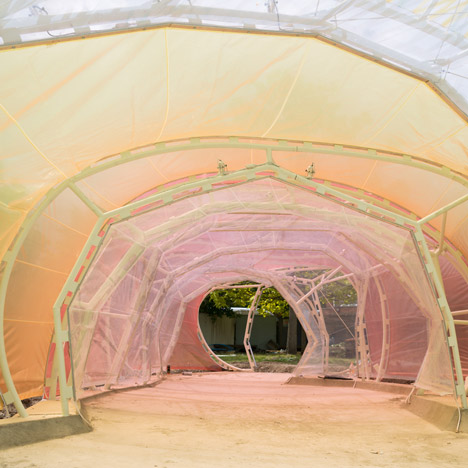 The Spanish architect's pavilion features four "tentacles" that branch off from a central meeting area and are wrapped in two layers of ETFE sheets and strips.

"There is an element to SelgasCano's work that is very much predicated on this idea of poor materials," Peyton-Jones says. "I don't mean 'Arte Povera', the artistic movement. But it is about materials that are as found."

She continues: "It's less to do with the extreme refinement of the process and more about things developing as they go along and the organic nature of their structure."

Like its predecessors, the 2015 Serpentine Gallery Pavilion is being built on a site in front of the gallery in London's Kensington Gardens.

"The fact that we are in a park is a very symbolic thing for SelgasCano," Peyton-Jones says. "Nature is really at the heart of what drives and informs their work."

The pavilion will open to the public on Monday 22 June and stay open until 18 October 2015.

The final few days leading up to the opening of the new pavilion are the most exciting, Peyton-Jones says.

"All of the drawings, the imaginings, the discussions, the debates, the challenges really come in this sort of hermetically sealed final burst of energy," she explains. 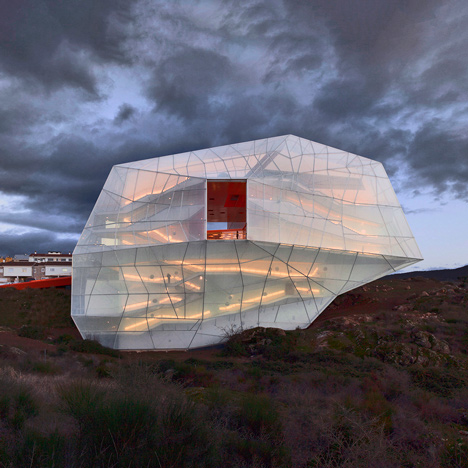 "Is it going to be the best pavilion that we've ever done? What are the things that will confound our expectations and give us all the clues for what we might do next year?"

Madrid-based SelgasCano, headed by husband-and-wife team José Selgas and Lucía Cano, are known for creating buildings that combine translucency, vivid colour and cocoon-like forms. Examples include their own semi-submerged office in Madrid and a workspace building with a see-through orange tunnel in London.

Dezeen will be looking back at each of the pavilions from 2000 to 2015 in subsequent movies over the following weeks.

This movie was filmed by Dezeen at the Serpentine Gallery in London. Construction photographs used in the movie are by NAARO. Video footage of the pavilion is by Northern Northern Town.