Australia has the largest number of projects this year – including a Brisbane hospital covered in green and purple fins and a Sydney tower by Rogers Stirk Harbour + Partners – followed by the UK and Turkey.

Winners will be selected from across 31 categories and announced during the festival, plus one project will be selected by a super jury to become World Building of the Year. Judges this year include Sou Fujimoto, Charles Jencks and Peter Cook.

"We are delighted with the diversity and exemplar quality of submissions this year," said WAF programme director Paul Finch. "Our international juries are in for a tough time deliberating on the category winners. We look forward to another inspirational event in Singapore this November."

Last year the World Building of the Year award went to The Chapel, a community space in Vietnam designed by local firm a21studio. Other past winners include an art gallery in New Zealand and the Gardens by the Bay tropical park in Singapore. 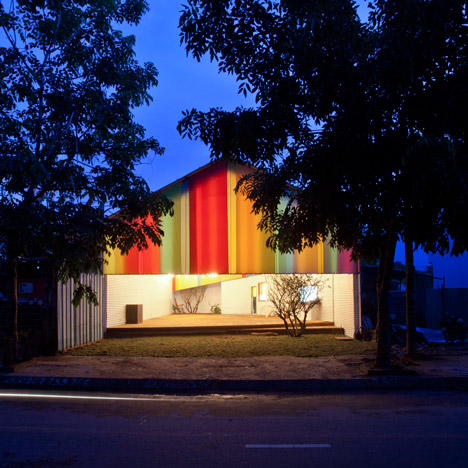 WAF takes place in Singapore from 4 to 6 November, alongside partner event the Inside World Festival of Interiors. Dezeen is media partners for both events.

Scroll down for the full WAF 2015 shortlist:

More from the World Architecture Festival