The multi-media stories commissioned by Libeskind will be published throughout July on the CNN Style website, which launched yesterday. Select pieces will air on television, said George Webster, editor of CNN Style.

Webster told Dezeen that he chose Libeskind to be the site's first guest editor because of his architectural style. The architect's most recognisable buildings include the Jewish Museum in Berlin, The Royal Ontario Museum in Toronto and the Military History Museum in Dresden.

"I asked Daniel to join us as the first guest editor because his work is expressive, compassionate and optimistic," said Webster. "This shines through in the way he describes architecture and design. It's the precise tone and voice we've set out to achieve for CNN Style."

"I am absolutely delighted that he agreed to work with us on a short series of articles exploring emotions and architecture," he added. 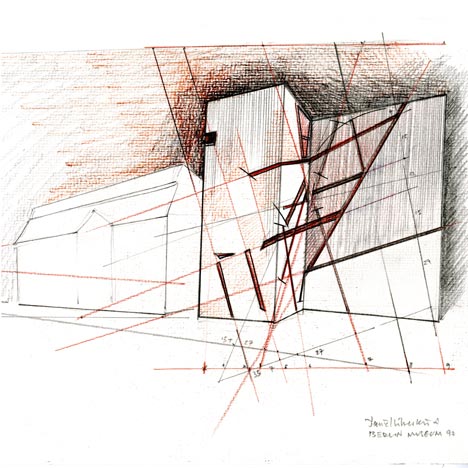 Libeskind – who recently revealed plans for a trio of towers in Rome – said he "feels lucky" to be the first guest editor for the site, which was started by the major American TV network.

"It's a brilliant opportunity to communicate ideas about architecture and cities in an exciting new format," he said in a statement. "The spirit and emotionality of architecture is at the core of my practice and I am thrilled to cover this with CNN."

For the launch of the Libeskind series, the media company produced a three-minute video that contains footage of cities and buildings, plus an interview with the architect, who explains why he selected "emotion" as a topic of exploration.

"Architecture has such an ambiguous status," he states in the video. "On one hand, it's art. On one hand, it's seen as something very pedestrian and banal. Many people don't even notice it. They will go by a large building as if it didn't even exist."

Related content: see all our stories about Daniel Libeskind

Libeskind says his goal with the CNN Style series, which includes three pieces of content, is to trumpet the importance of architecture.

In addition to the video, CNN Style posted a transcript of a discussion with Libeskind. In it, the architect underscores again the critical role architecture plays in society.

"To me, there's nothing more important than architecture," he explains. "It creates your world and influences how you feel both mentally and spiritually."

The next Libeskind piece will be published next week. After this series, CNN Style plans to continue hiring guest editors, said Webster. The online publication will focus its coverage on art, architecture, design, fashion, automobiles and luxury lifestyle topics.