Dutch designer Daan Roosegaarde has launched a Kickstarter campaign to fund what he describes as the largest air-purifier in the world (+ movie).

The designer's aim is to create pockets of clean air in cities that suffer from hazardous levels of pollution, in the hope that this will lead to entire urban areas becoming smog free.

Building on his pollution-eating vacuum cleaner, Roosegaarde has designed a tower that sucks in polluted air and emits it back out into the immediate surroundings as clean air.

The Smog Free Tower has been under development for three years. It employs the same technique that is used to purify the air in hospitals, but on a much larger scale.

"The Smog Free tower allows people to breathe and experience what clean air in a city really means," said Roosegaarde. 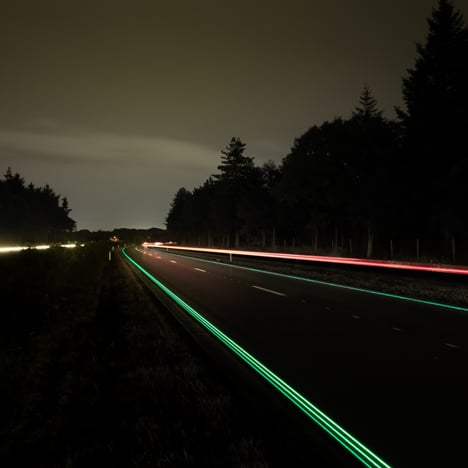 "In some cities, this pollution is visible. In others, air pollutants and smog may be invisible, but the impact on our daily lives and health is very real."

A scale model shows that the tower will measure approximately four times the height of a person.

The smog is sucked in through its top, then the purified air is released through vents on the four sides.

"We believe that the Smog Free Tower provides a unique opportunity to get people to understand the issue of air pollution through direct experience," said the designer.

"The bubble of clean air that the Smog Free Tower generates will be a place that brings people together to work and think about how we can free our cities of smog."

The crowdfunding campaign has been launched to fund a pilot project in Rotterdam, with the aim for it to then travel to cities including Beijing, Paris, Los Angeles and Mexico City.

As a reward for backers, Roosegaarde has created rings and cufflinks set with cubes of "smog particles" collected by the tower, which are contained within larger cubes of resin.

The tiny cubes contain the amount of pollution dredged from 1,000 cubic metres of air. The designer claims that the tower will be able to harvest enough pollution to create 3,500 Smog Free Cubes every day.

"One day I woke up and became fascinated with pollution," said the designer in a video for the Kickstarter campaign. "It's really weird that we accept it as something normal."