New York-based Marc Thorpe has become the latest designer to produce a compact draught beer dispenser with a design for Stella Artois that was created for small restaurants and bars (+ slideshow).

The self-contained unit, called Stella Artois Nova, is designed for a counter or bar top, and relies on special 12-litre glass beer vessels supplied by the company, rather than hooking to a standard keg.

Made of high-density injection-moulded plastic, the double-layer dispenser uses compressed gas to create the pressure for the pour. It also contains a cooler that can bring the full vessel to the correct temperature in four hours. 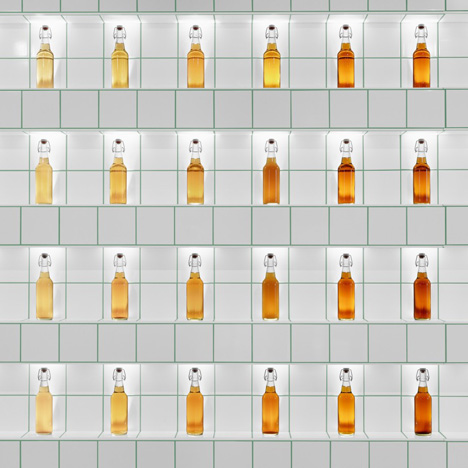 His design follows a similar product by Marc Newson, who teamed with Heineken and Krups to create a barrel-shaped dispenser intended for home use last year. Newson's design holds two-litre vessels of beer that must be ordered from Heineken.

Thorpe works in architecture, furniture design, packaging, branding and graphics for a variety of companies including Moroso, Under Armour, Mercedes Benz, and L'Oreal.

"In the United States we tend to categorise things – put things in boxes – and it sort of limits the designer," he told Dezeen in an interview earlier this year. "Whereas in Europe I found it very different, the sort of approach of understanding what a designer is, and that a designer can pretty much do anything"