Dutch footwear brand United Nude has created a pair of shoes with 3D-printed heels designed to look as if they have been sculpted from a block of ice (+ slideshow). 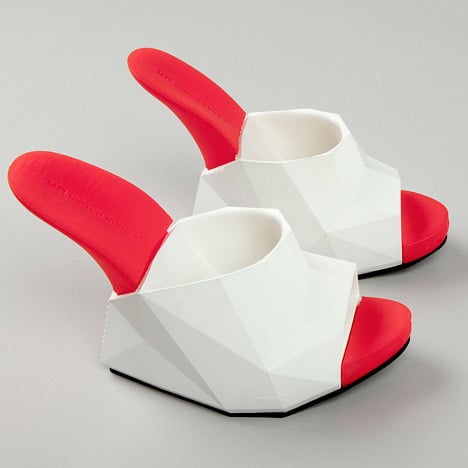 The shoes feature a partial triangular-shaped heel, with the shape of the soles designed to spread support across the structure.

The front black leather strap of the shoe is threaded through an angled opening in the sole, while the upper strap wraps under and around the centre. Both pieces of the shoe's upper can be fully detached from the base.

"The 3D-printing technology allows us to experiment with new shapes much quicker than before, without big development costs and for very small quantities," said United Nude creative director Rem D Koolhaas.

United Nude is becoming known for its experiments with 3D-printed footwear. For Milan 2015 the brand collaborated with Zaha Hadid, Ben van Berkel, Fernando Romero, Ross Lovegrove and Michael Young to create pairs of women's shoes that had been made solely using 3D-printing. This collection is now on show at the brand's Covent Garden store to coincide with London Design Festival 2015.

Fashion designer Iris van Herpen also partnered with the brand to create a shoe that resembled the twisting forms of tree roots. Meanwhile, Francis Bitonti offered a slightly different take on the process with a set of shoes that featured 3D-printed gold-plated heels. 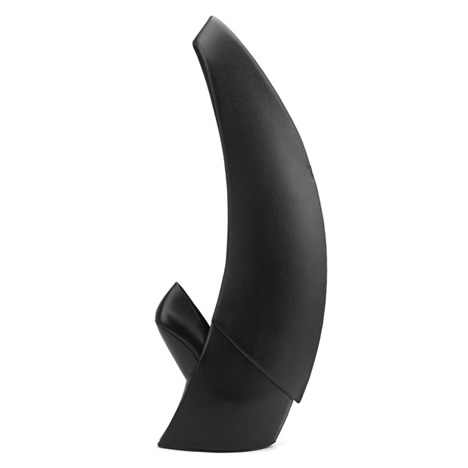 In 2013 interview, Koolhaas told Dezeen that the brand's shows "were the first to cross between industrial design and fashion".

Launched during Vogue's Fashion's Night Out in Taiwan, the Ice shoes were unveiled at the opening of the brand's new pop-up store in Taipei's Shin Kong Mitsukoshi shopping mall, and will be on display until 28 September. The shop will also be hosting a live 3D-printing installation.

"Designing and making a unique shoe for a special occasion was never this easy before. The show is a real showpiece with a solid wow factor," said Koolhaas.