The Vancouver Art Gallery has unveiled a conceptual design for its new building by Herzog & de Meuron, featuring a series of stacked volumes clad in wood (+ slideshow).

The 310,000-square-foot (28,800 square metre) building by the Swiss architecture studio will be located in downtown Vancouver, Canada. It will house 85,000-square-feet (7,900 square metres) of gallery space, more than double the museum's current exhibition footprint.

It will also include a 350-seat theatre, a library, and an education centre, with spaces distributed over seven floors. Two levels of parking will be placed below ground.

The lower levels of the building will be more transparent, with floor-to-ceiling glazing, in order to engage the street. The ground floor will include free exhibition space, a cafe and a ticketing area, all overlooking an enclosed courtyard. 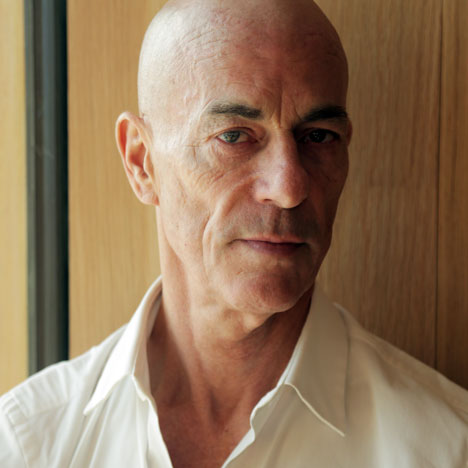 "The urbanistic concept is based on the contrast between the low-rise framing along the street block and the taller and more sculptural building in the middle of an open and accessible garden and square," said Jacques Herzog in a statement.

"The low-rise wooden building along the street is inspired by how the streets in Vancouver were built in earlier times," he added. "The modest, almost domestic scale will enhance the character of openness and visibility for everyone."

A large roof terrace that will serve as a sculpture gallery tops the museum.

The design calls for the building to be clad in wood, which will help tie it to the local vernacular. Canada's British Columbia is a timber-rich region, and tall wooden buildings are becoming more common there.

"The project for the new Vancouver Art Gallery has a civic dimension that can contribute to the life and identity of the city, in which many artists of international reputation live and work," said Christine Binswanger, partner in charge for the gallery project at Herzog & de Meuron. "It will be a powerful statement to construct this large building out of wood, a material with a long tradition in British Columbia."

The structure is expected to cost CAD$350 million (£172 million), with funding coming from public and private sources.

The project will be Herzog & de Meuron's first building in Canada. The Swiss architects will work with the Vancouver office of US firm Perkins + Will.

In the United States, Herzog & de Meuron has completed the Parish Art Museum in the Hamptons in New York, the Perez Museum of Art in Miami, and is currently designing a condominium building in Manhattan with John Pawson.