Although still at a conceptual stage, the WorldBeing wristband would track a wearers' carbon usage by connecting a variety of data sources to create individual maps of consumption.

Linking to a smartphone or tablet app, the wearable could measure and report on everything from items purchased and food eaten, to modes of transport taken and energy used in the wearers' home.

Instant visual feedback could be provided to wearers of the wristband throughout the day, using cloud-shaped graphics that would change colour and size to indicate carbon consumption.

An accompanying app would offer rewards – including badges and discounts at local businesses – and competition with other users would be used to encourage wearers to better their individual carbon "scores".

An inbuilt electrocardiogram (ECG) sensor could also measure the wearer's heartbeat, and use it as a unique signature for secure contactless payments.

Hubert has designed the wristband to be injection-moulded from recycled discarded devices, to take advantage of the 20 to 50 million tonnes of electronic waste generated around the world each year. 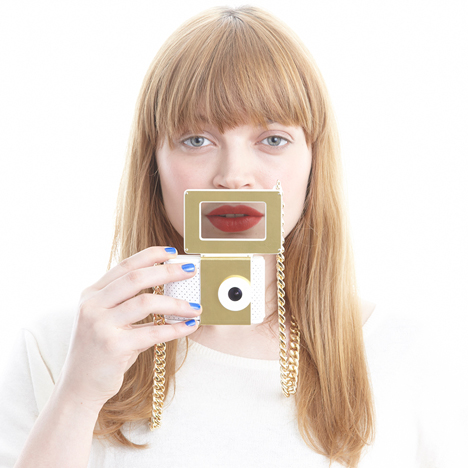 While some of the proposed functions aren't achievable yet, the wearable has been designed for a time when the flow of digital data is less restricted – meaning tracking could become an automated process without the wearer having to add information about what they're buying or doing.

Hubert and the Carbon Fund are currently raising awareness of the project with a Thunderclap Crowdshouting campaign, and plan to invite a round of investors to help bring the project to fruition.

"There has never been a better time to use design as a tool to create meaningful conversation around our personal responsibility to make changes to our lifestyles to stop global warming," said Hubert.

"We desperately need a platform that helps the world to understand what our personal carbon footprint is and why we should be decreasing it in an accessible manner that has a high level of engagement," he added.

WorldBeing was on show at the designjunction exhibition during London Design Festival 2015, which ran from 19 to 27 September.