German sports brand Adidas has unveiled a 3D-printed shoe sole that can be tailored to the exact contours of the wearer's feet.

The fully flexible and breathable Futurecraft soles are composed of latticed layers, created in partnership with 3D-printing company Materialise.

Although the sole is still at prototype stage, the brand hopes foot-scanning technology will allow consumers to buy running shoes that have been minutely customised and produced in-store. 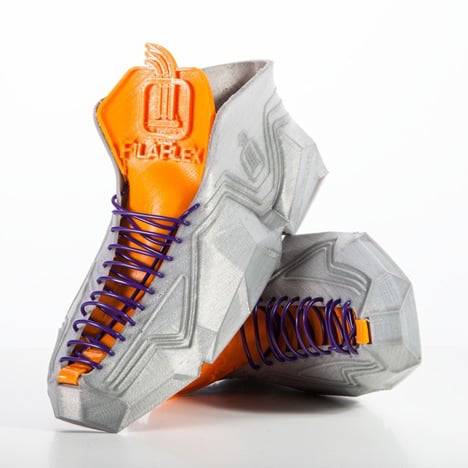 3D-printed shoes by Recreus scrunch up to fit into pockets

"Futurecraft 3D is a prototype and a statement of intent," said Adidas executive board member Eric Liedtke, who has previously spoken to Dezeen about the brand's plans to conquer America.

"We have used a one-of-its-kind combination of process and material in an entirely new way," Liedtke added. "Our 3D-printed midsole not only allows us to make a great running shoe, but also to use performance data to drive truly bespoke experiences, meeting the needs of any athlete."

Earlier in the year, the sports brand unveiled a pair of trainers designed by musician Pharell Williams in partnership with Zaha Hadid, as well as a prototype shoe with an upper made from plastic salvaged from the ocean.

The 3D-printed sole is the first stage in Adidas' Futurecraft initiative, which has been established as an opportunity for Adidas to develop open source partnerships with creative and manufacturing specialists.

The sports brand aims to launch a series of design innovations across the next six months. In an interview with Dezeen, United Nude founder Rem D Koolhaas said that sports brands have been leading a "technological innovation" in shoe design that is way ahead of the fashion industry. 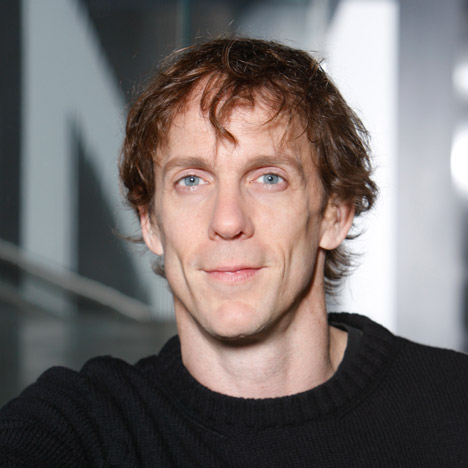 Adidas plans to use design to conquer America

"Futurecraft is our sandbox. It is how we challenge ourselves every day to explore the boundaries of our craft," said creative director Paul Gaudio.

"Driving material and process innovation, bringing the familiar into the future. Marrying the qualities of handcrafting and prototyping with the limitless potential of new manufacturing technologies. Futurecraft is stripped back – fast, raw and real – it is our approach to design," he added.

Adidas' most recent running shoe, the Ultra Boost, paired a flexible knitted upper with a sole made of material usually found in car dashboards.