Sports brand Adidas has created a concept trainer with an upper made using waste plastic filtered out of the oceans and a 3D-printed midsole created from recycled fishing nets.

Bringing together two of the brand's recent technologies, the 3D-printed Ocean Plastic shoe midsole was unveiled in Paris earlier this week.

The project is part of Adidas' continuing partnership with Parley for the Oceans, an initiative that encourages creatives to repurpose ocean waste and raise awareness of the growing issue.

"Together with the network of Parley for the Oceans we have started taking action and creating new sustainable materials and innovations for athletes," said Adidas executive board member Eric Liedtke.

"The 3D-printed Ocean Plastic shoe midsole stands for how we can set new industry standards," said Liedtke, who previously told Dezeen that the sports brand was planning to conquer the American market using design. 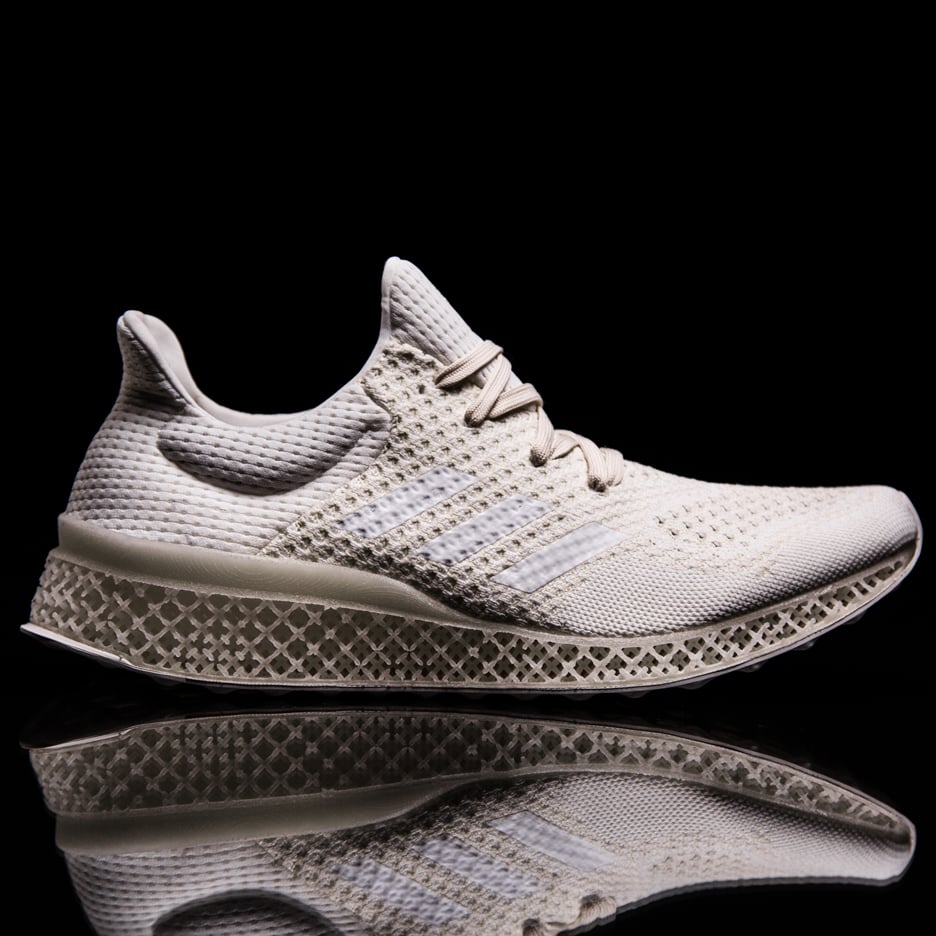 The German brand revealed its first trainer made from plastic scooped up out of the sea earlier this year. Its upper was woven using fibres produced from the recycled waste – a technique that is repeated in this latest design.

The 3D-printed midsole, which cushions the foot and is covered underneath by a thin sole, is made using plastic melted down from old fishing nets. It builds on the brand's Futurecraft technology, which allows the midsoles to be tailored to the exact contours of the owner's feet.

Ocean plastic has proven to be this year's breakthrough material. It has been used to create everything from crafted objects to denim garments.

"2015 is our year, the year of the oceans," said Parley for the Oceans founder Cyrill Gutsch. "Protecting life underwater became the 14th development goal of the United Nations."

The design was launched to coincide with the COP21 climate change conference in Paris, which took place on 7 and 8 December 2015.

"World leaders forging an agreement is wonderful, but we shouldn't need to be told to do the right thing," Liedtke said. "The industry can't afford to wait for directions any longer."

A proposal for a 100-kilometre array of floating barriers to filter the waste plastic out of the world's oceans was among the London Design Museum's 2015 Designs of the Year.

An exhibition to raise awareness of the growing problem with ocean plastic also took place at London department store Selfridges in July 2015.