Musician Pharrell Williams is a "huge fan" of architect Zaha Hadid, who he has collaborated with to design a pair of trainers as part of his collection for Adidas (+ movie).

"I'm a huge fan of Zaha's, I've always been," said Williams in a promotional video for the new trainers. "I would venture to say that she's one of the most talented architects of our time, and of history in my opinion."

Hadid's designs feature on the moulded rubber Shelltoe that caps the front of a pair from the Superstar Pharrell Supershell Shoes range. 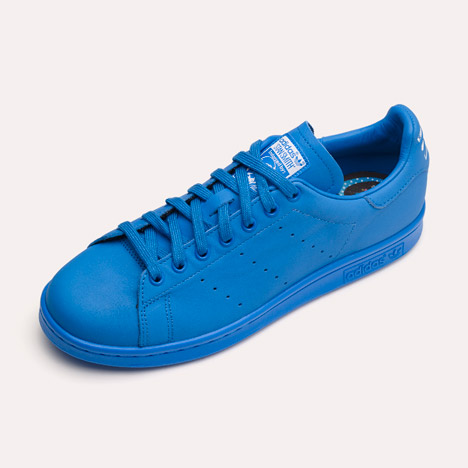 The toes of the white trainers are scored with the architect's signature curvaceous lines, which emanate from the base of the tongue and over the edge towards the soles.

"The kinds of shapes and kinds of structures that she transcribes from her mind's imagination," said Williams, "I think that Zaha's designs are just like her buildings, they augment reality forever."

"I feel like with the Supershell, she created while using the dimensions of the shoe – cast shadows that weren't necessarily there."

The design also features a white leather upper and a herringbone-pattern rubber cupsole. 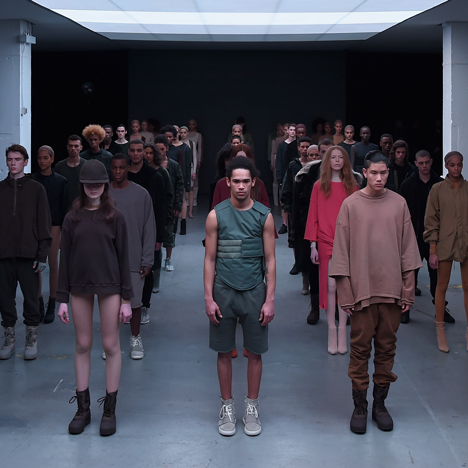 The Iraqi-born British architect is among a series of collaborators from the art world that Williams invited to work on the collection, which is set to launch in two weeks time. New York artist Todd James and Japanese artist Mr have also contributed designs.

Williams has been teaming up with Adidas since 2014, when he launched his first line of trainers and sportswear for the German brand. The musician has also paired up with Dutch fashion brand G-Star Raw to create a denim collection made from waste plastic scooped up from the ocean.

Hadid is no stranger to footwear design. Her previous include limited-edition boots for Lacoste, moulded plastic designs for Melissa and cantilevered heels for United Nude. See our roundup of shoes designed by architects »

Another musician with a favourite architect is rapper Ice Cube, who explained how he is inspired by the work of Modernists Charles and Ray Eames in a 2011 movie.