Italian architect Renzo Piano has unveiled plans to convert a power station on the banks of Moscow's Moskva river into a new venue for contemporary art.

Renzo Piano Building Workshop will transform Moscow's GES2 power station and the two hectares of grounds that surround it on its city centre plot into an exhibition space for the V-A-C Foundation, an organisation dedicated to the promotion of Russian art.

"GES2 will become an exciting cultural destination, offering new opportunities for artists and audiences on a local, national and international level and the first major venue in the city of Moscow for V-A-C," said a statement from the studio.

The power station was constructed at the beginning of the 20th century as a key energy supplier for Moscow. To preserve the building's industrial heritage, the studio plan to contain gallery spaces within a metal framework.

These galleries will be set around a central atrium measuring 100 metres long and 23 metres tall, designed to help visitors orient themselves on the site without the need of a map.

The building's tall chimney will be converted into a natural ventilation shaft to help reduce energy consumption.

"Built between 1904 and 1907, the GES2 power station, once a supplier of energy to the city, will now be re-imagined to supply energy of a different kind; that of ideas and creativity," said the firm. 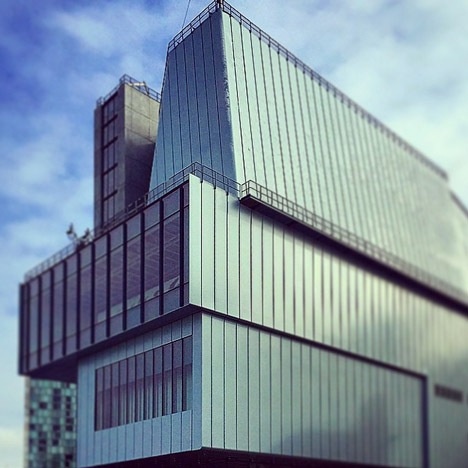 The power plant occupies a two-hectare site in the Red October district of the Russian capital. The neighbourhood, named after a former chocolate factory, is already home to two arts organisations – the Strelka Institute and a soviet cinema that now houses the Udarnik Contemporary Art Center. A newly pedestrianised area adjacent to the site features a shipping container park, providing premises for shops and office space start-ups.

The grounds will be landscaped to create a sculpture park surrounded by birch trees and an amphitheatre seating area for events including open-air film screenings. A library, bookshop, cafe and auditorium will be located off the gallery's atrium.

The main galleries will host the foundation's exhibition programme, while the educational section of the building will be used to art workshops and courses, including an annual including a curatorial summer scheme. An artist residency block with project rooms will also be located in this area.

Renzo Piano Building Workshop partner Antonio Belvedere will head up the project, which is expected to open towards the end of 2018 or beginning of 2019.

The studio recently completed a new home for the Whitney Museum of American Art in New York and an extension to the Pathé Foundation in Paris in 2014. It is also responsible for London's tallest skyscraper, The Shard.