Dutch Design Week 2015: design duo Niels van Eijk and Miriam van der Lubbe have created a concept car made from reflective cuboids, as part of a series exploring the future of vehicles for Swedish company Volvo.

Van Eijk & Van der Lubbe described the mysterious Outward-Looking vehicle as "a car that will spark some debate – and your curiosity, too".

Lacking any wheels, or other traditional car components, the vehicle is composed of three rectangular prisms with mirrored surfaces, placed at different angles on top of one another.

"You don't see any engine, you don't see the way it's being moved or driven because wheels have been there for a long time," van der Lubbe told Dezeen. "If you think about new contexts for transport mechanisms, then that will change completely."

"It's an imaginary way of driving," she added. 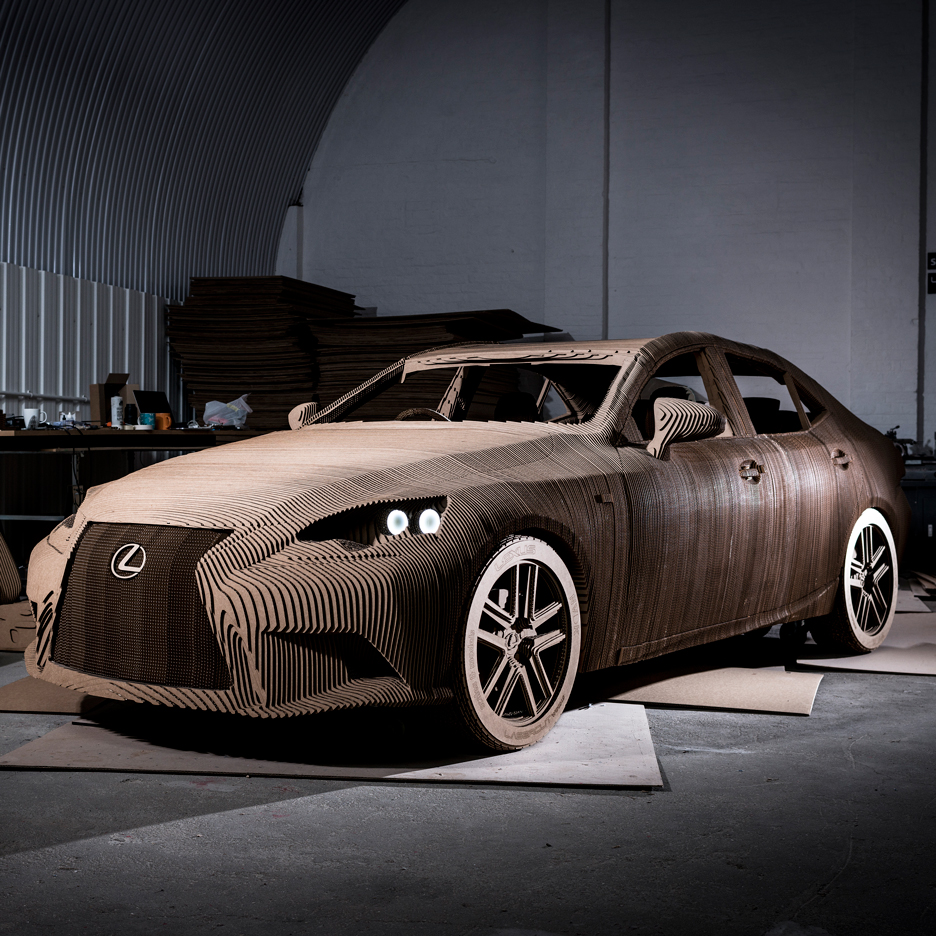 Apparently designed for a future when the attention of passengers will shift from the vehicle to the environment, the car's mirrored exterior allows drivers to survey passing scenery, without being seen themselves.

"The car has become an object that suggests architecture," the pair said in a statement. "Because its skin is made of one-way-mirror material, the vehicle no longer claims attention for itself, but reflects the outside world."

A small opening in the middle cube allows passengers to enter the car's stepped interior, which has various levels for either sitting, standing, or lying. Night-time renders of the vehicle show how internal lights can reveal hidden windows to those outside.

"The spacious interior provides an unobstructed view in all directions and from all positions," the duo commented.

"The world has changed too: noise barriers and motorway lighting have become superfluous and have disappeared. Everything in the design encourages maximum perception of all this," they added. 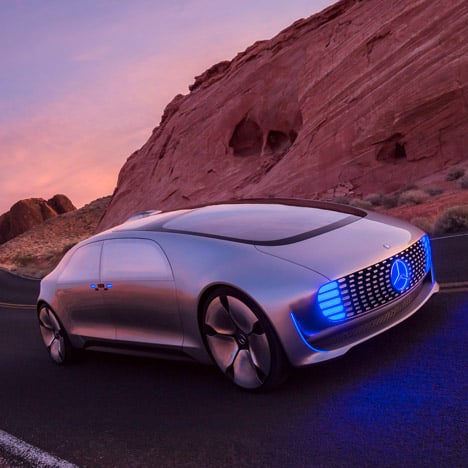 The pair also designed several accessories for the car, to "stimulate and enrich the viewing experience en route".

These include an optical zooming device comprising two separate plastic eyepieces on stems, and a mirrored storage box designed to "re-establish the time-honoured past time of beachcombing".

A light inside the box can display objects that have been collected, and the car also holds a blanket for spontaneous countryside picnicking.

The design is on display at the Klokgebouw building in Eindhoven as part of Dutch Design Week, from 17 to 25 October 2015, alongside leather-clad and driverless fabric cars that the pair designed as part of Experience in Motion – a series of concept vehicles exploring how developments in technology might influence car design.

The exhibition also features work submitted for the annual Volvo Design Challenge, including Lilian van Daal's winning Shapes of Sweden entry – for which she experimented with using Swedish pine and resin to 3D-print a car seat.

Photography is by Lisa Klappe.