Angad Paul, co-founder of British design brand Established & Sons, has died after falling from the balcony of his London home.

Paul, 45, died after plunging from his eighth-floor apartment in Marylebone on Sunday morning. Police said there were no suspicious circumstances surrounding the fall.

His death came a couple of weeks after the Caparo steel group he also headed went into administration and began laying off workers at its UK plants.

"Without him Established & Sons would not have existed," said Wrong. "He was responsible for enabling an important period in contemporary design."

Renowned for its extravagant parties in its first few years, the brand was initially set up as a platform to marry British design and manufacturing, with Paul's extensive steel factories intended to provide the latter. 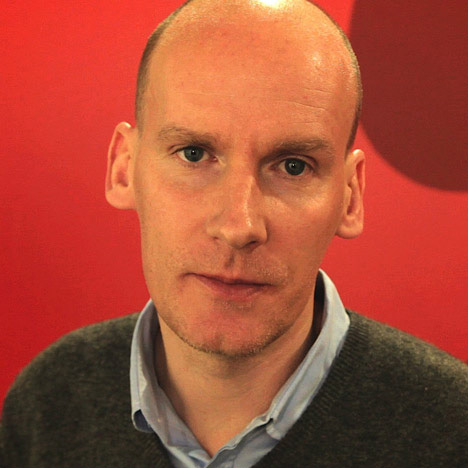 However, it later switched to working with international designers such as Ronan and Erwan Bouroullec and Konstantin Grcic, and sourced its manufacturing internationally.

A spokesperson for the brand today paid tribute to Paul.

"The Established & Sons team is deeply saddened by this sudden tragic news," the spokesperson said. "Our hearts and condolences go out to Angad's family, friends, and colleagues at this sad time."

Paul was son of billionaire steel magnate Lord Paul, who handed over control of Caparo in 1996.

Last month the company, which had a turnover over around £1 billion, called in administrators after falling steel prices and the strength of the British pound left it struggling to survive.

Wrong, who resigned from Established & Sons in 2002, paid tribute to his former business partner.

"Angad was special man with a big heart, great passion and humour," he said. "He was a fun-loving family man, a creative entrepreneur and a dreamer, a larger-than-life character that will be missed and never forgotten," he added.

"Angad Paul believed in championing design innovation," the Established & Sons spokesperson added. "His shared passion for material technology enabled Established & Sons to work with the leading names in the industry, whilst nurturing the careers of many young designers."

"His inspired vision created a unique collection that will be a lasting legacy to his enthusiasm that united so much talent."

He held an economics degree from Massachusetts Institute of Technology and was married to media lawyer Michelle Bonn.