The roof of this house in Japan is tilted above a band of glazing, allowing light to permeate the interior while also making the structure look like a box with a lifted lid (+ slideshow).

House in Yokkaichi was designed by Tokyo studio SYAP for a family living in a suburb of the city, which is located in Mie Prefecture.

An angular clerestory window runs between the house and the tilted roof, allowing light to filter down to the open-plan ground floor.

Eaves overhang the glazing at the front, offering shade from the brightness of the summer sun, while at night the glazing forms a ribbon of light.

"The huge eaves provides a comfortable environment that is suitable for the climate in Japan during the four seasons by controlling the amount of sunlight," said studio co-founders Shuji Fujita and Yuki Shinbo. 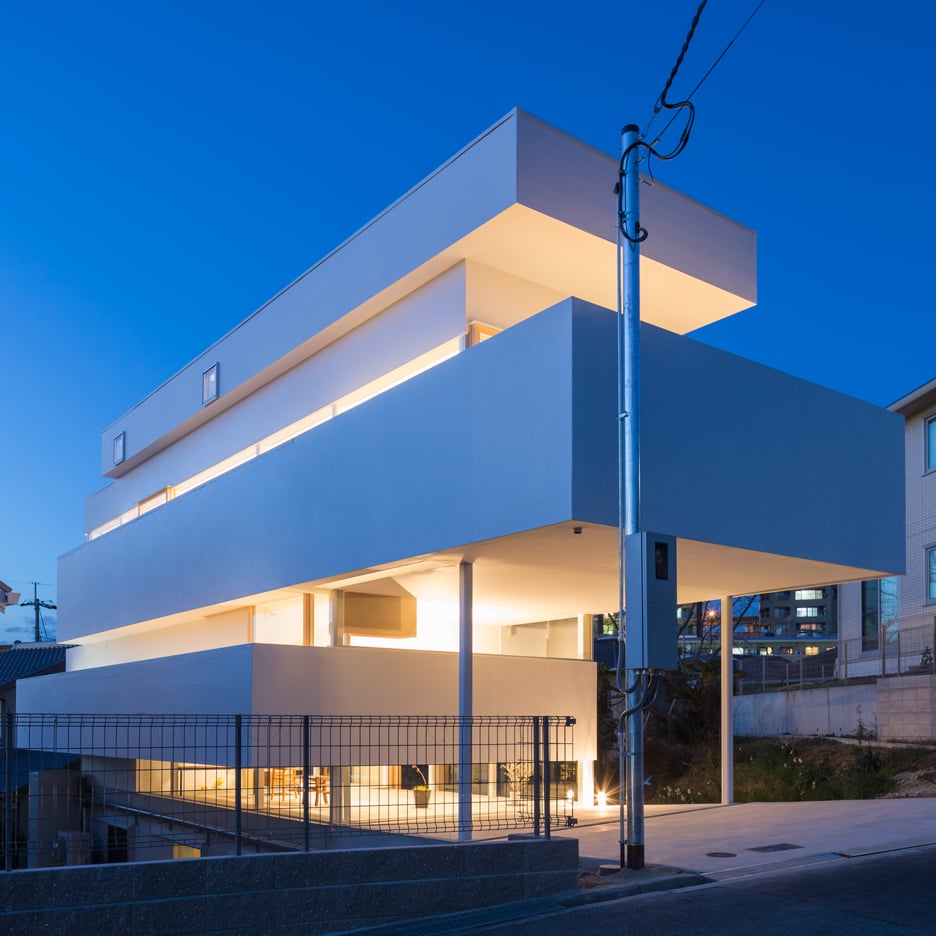 "The light leaked from the high side windows light up the surroundings like a lantern."

Fraher Architects used a similar technique to maximise natural light in a London extension called The Lantern, which features a strip of floor-to-ceiling glazing.

The SYAP team describes the interior as a unified space with private wood-encased rooms. It is fitted out with large timber boxes containing bedrooms, bathrooms and storage rooms.

The bedroom blocks are suspended from the ceiling over the double-height living space.

They align with the clerestory window to offer residents views of the sky and mountain, while large glazed openings at ground level face out to the garden.

Unlike neighbouring properties, the gravelled garden has no perimeter fence, leaving it open for use by the community.

"Even though this old town is abundant with nature, in the neighbourhood houses are built with fences enclosing their own sites from the local community," explained the architects.

"Against this present condition of the surroundings, the project is aimed to open to the local community," they added.

"The garden lets wind blow from the east and west, and passersby see a range of mountains though it."