British designer Tom Dixon has developed a collection of tiles for Italian brand Bisazza, featuring graphic and trompe-l'oeil patterns based on architectural features including bricks and pebble-dash walls.

The new Cementiles collection represents the first collaboration between Bisazza and Dixon's London studio, which also recently completed a nautical-themed renovation of the London Mondrian hotel.

Dixon based his designs on colours and textures found across London's built environment, which he translated into simplified graphic patterns applied to the surfaces of the cement tiles.

"London – our home city – provides all the inspiration we need for this new collection of surfaces," said Dixon. "The building blocks and the textures of this 1,000-year-old city are imprinted in this designer's mind."

"Bricks of red clay, cracked pavements and pebble-dash walls – the signatures of a crumbling capital in constant reinvention –are reworked in a graphic, pop-art style to suit the simplicity demanded by the century-old tile manufacturing process," he added. 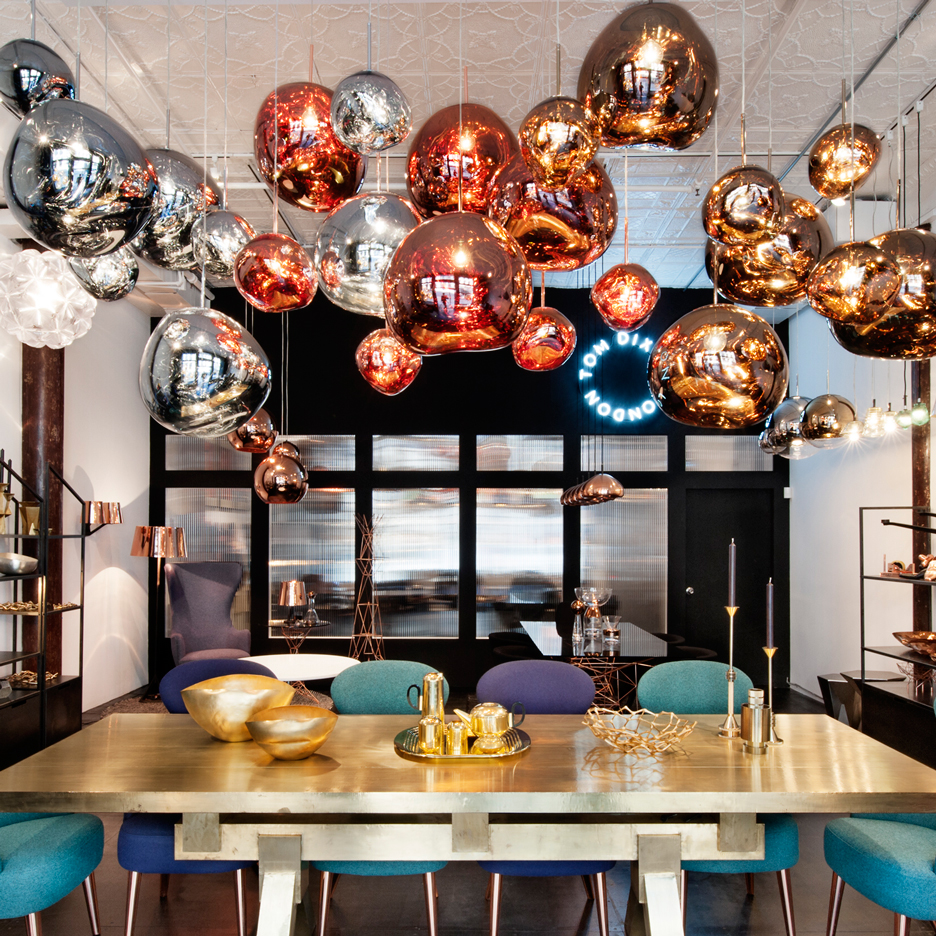 Tom Dixon's Manhattan showroom is his first outside London

Dixon developed a total of 12 patterns that are each available in a limited range of colour options. The square tiles have dimensions of 20 by 20 centimetres, while the hexagonal designs are 20 centimetres by 23 centimetres.

The Broke tiles feature a design that resembles the surfaces of cracked paving slabs, while the Void and Wall designs recall traditional brickwork.

Vents, ducts and pipes are referenced in a series of two-toned linear patterns, while the Grit design recalls pebbledash walls and other aggregate surfaces.

Dixon has recently expanded the number of accessories projects undertaken by his studio, in addition to the furniture and lighting that made him one of Britain's leading designers. Launches include a reflective copper coffee set, a collection of items for the home featuring glass barware and scent diffusers, and a range of copper stationery and containers.

Dixon's designs were developed to mark the tenth anniversary of Bisazza's London showroom and join the firm's 2016 portfolio, which includes a mosaic collection by Studio Job that features patterns depicting bones and animal skeletons.