Dezeen promotion: entries are open for architects and designers to submit proposals for the renovation of an abandoned lighthouse in Sicily.

Organised by Young Architects Competitions (YAC) and Valore Paese Fari – a government-funded heritage protection project – the brief requires entrants to imagine a new use for a lighthouse on the Sicilian coast by transforming it into a tourism facility.

"The lighthouse of Murro di Porco was once lived-in but then it was gradually abandoned with the arrival of modern technologies," said the organisers. "As it became a simple lantern, a place no longer inhabited by humans, the lighthouse has progressively deteriorated as it often happens to many other coastal buildings."

The competition calls for ideas that show the potential of the coastal building as hotel accommodation, and designers are encouraged to give different interpretations. 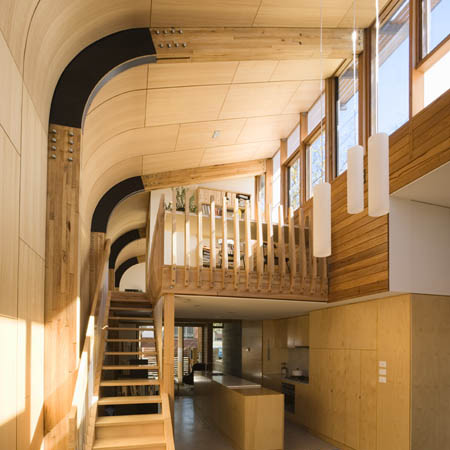 "The lighthouse will be the background to create suggestive relax, entertainment and wellness stays," the organisers said. "It can target a niche or the wider public based on adventure and nature".

All submission material can be downloaded from the YAC website. Entrants must then register and upload their project.

Submissions are being accepted until 29 February 2016, and the winners will be announced 4 April 2016.

From the legendary Colossus of Rhodes to the majestic Pharos of Alexandria, lighthouses have always marked human history, acquiring a crucial importance beyond the basic function of a warning facility: suggesting dream, adventure, fascination and mystery.

Slender and solitary, the lighthouses are situated in wonderful and often uncontaminated ecosystems and are an inestimable legacy of the past.

On the cliff of Murro di Porco – a few kilometres from the historic centre of Syracuse, is situated a lighthouse of supreme charm and value. The lighthouse of Murro di Porco was once lived-in but then it was gradually abandoned with the arrival of modern technologies. As it became a simple lantern, a place no longer inhabited by humans, the lighthouse has progressively deteriorated as it often happens to many other coastal buildings.

Valore Paese Fari (Value Country Lighthouses) was created precisely in order to protect such heritage. It is a project of the Italian government to transform lighthouses into tourism and accommodation facilities. It was inspired by the idea of making the most of their valuable location and proximity to the sea to create dream-like accommodation able to reinvent the ancient lighthouses and reverse their degradation process.

How can we transform a lighthouse into an incomparable accomodation? How can we relate projects of contemporary architecture to such majestic and fragile ecosystems?

On the basis of these gripping issues, YAC launches Lighthouse Sea Hotel in collaboration with the Italian government and thanks to the support of Rimini fair. This competition challenges the designers to let the beauty of these remote places fascinate them; to imagine a new future for these abandoned lighthouses by transforming them into tourism facilities beyond compare and to make their protection and possible conservation sustainable.

Sicily is one of the most fascinating places in Southern Europe. In particular, the area of Syracuse is the excellence of excellence thanks to its extraordinary historical value and invaluable landscape significance. The lighthouse of Murro di Porco is a 19th-century building of the Borbonic period on a wild coast characterized by a steep cliff and harsh vegetation. The surrounding landscape consists of turbulent elements of intense color and deep meaning. Their ancestral forms seem uninterested, distant, even hostile to human activities.

Sky, rock and sea: a wild scenario where the human component is underlined by the architecture of the lighthouse. An indissoluble unicum between architecture and nature- suspended in time, full of charm and primordial fascination.

Like several other international projects (the Australian, Northern Europe or Balkan lighthouse accomodation), the competition will focus on the extraordinary reception potential that a coastal building can offer. Through Lighthouse Sea Hotel, the designers will have the possibility to work in a sublime context, while designing the project of a unparalleled hotel.

In this building, the lighthouse, with its romantic and dream-like characteristics, will be the background to create suggestive relax, entertainment and wellness stays. A shelter, an escape place, a delightful picturesque place. The designers will have the opportunity to give different interpretations of the accomodation. It can target a niche or the wider public based on adventure and nature. With this in mind, hereby follows a list of different functional possibilities.

More architecture by the sea