Named after the Portuguese word for "garden", the Jardim development will be located on 27th Street, just west of the High Line park and one block away from a Zaha Hadid-designed condo building that is now under construction.

Isay Weinfeld is one of Brazil's leading contemporary architects. Born in São Paulo in 1952, he studied at the School of Architecture at the city's Mackenzie University and launched his multidisciplinary practice in 1973.

Working predominantly in his home country, he has designed numerous private residences as well as apartment buildings, hotels, shops, banks and restaurants.

His first project in New York will be composed of two 11-storey buildings clad in brick, concrete and glass.

The rectilinear volumes will share an interior garden measuring 40 feet by 60 feet (12 by 18 metres) and filled with mature trees and bushes.

Many of the condo units will also have private outdoor areas that provide "seamless indoor-outdoor living".

"One of the project's signature design features is a series of lush, landscaped gardens throughout many spaces on the property," said Centaur Properties and Greyscale Development Group, which are backing the project. 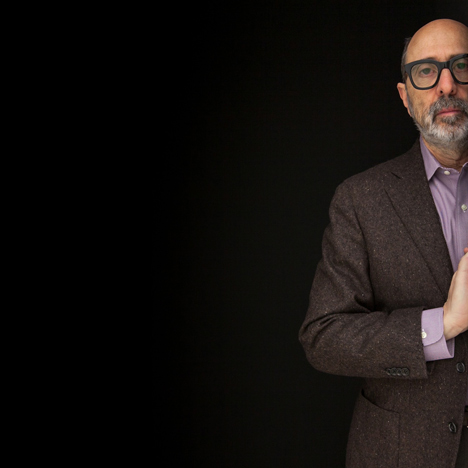 The buildings will contain a total of 36 apartments, ranging from one to four bedrooms. A private driveway will run the length of the block-through development.

Amenities include a fitness centre, massage room and indoor pool illuminated by skylights. Residences are expected to start at $2 million (£1.3 million), with sales launching in early 2016.

Weinfeld is one of several big-name, non-US architects who are benefiting from New York's boom in high-end housing.

Earlier this year, Portuguese architect Álvaro Siza was commissioned to design a luxury condominium tower in Manhattan – his first American project. The 35-storey tower will be located next to Via 57, a tetrahedron-shaped housing project by Bjarke Ingels Group that is nearing completion.

And last week, British architect David Chipperfield unveiled his design for The Bryant, a residential tower that will rise in midtown Manhattan, across the street from Bryant Park.

Other residential projects now underway in New York include a skinny skyscraper by Foster + Partners, a "curvaceous and sexy" apartment building by Herzog & de Meuron, and a super-tall tower by Jean Nouvel.

In an Opinion piece for Dezeen, architect Steven Holl said that "architecture with a sense of social purpose is becoming increasingly rare". Dezeen columnist Aaron Betsky also said that New York is being transformed into a Capitalist holy land with no space for the poor.

Renderings are courtesy of VUW Studio.