Located on a Saigon River peninsula in the east of Ho Chi Minh City, the Diamond Island Community Centre provides a series of large and small spaces that can be used by local residents and tourists for a variety of activities.

The eight structures are dotted across a park. The two largest domes measure 12.5 metres in height and both feature rounded profiles, like giant mushrooms. Six smaller structures, with seven metre heights, are more akin to parasols in shape.

According to Vo Trong Nghia Architects, the structures were inspired by the traditional bamboo baskets that Vietnamese farmers used to shelter fowl.

Beneath the thatched roof covering, each has a complex bamboo structure. Various lengths are bound together to create columns at ground level, and these extend up to meet the rings that frame the dome-shaped roof. 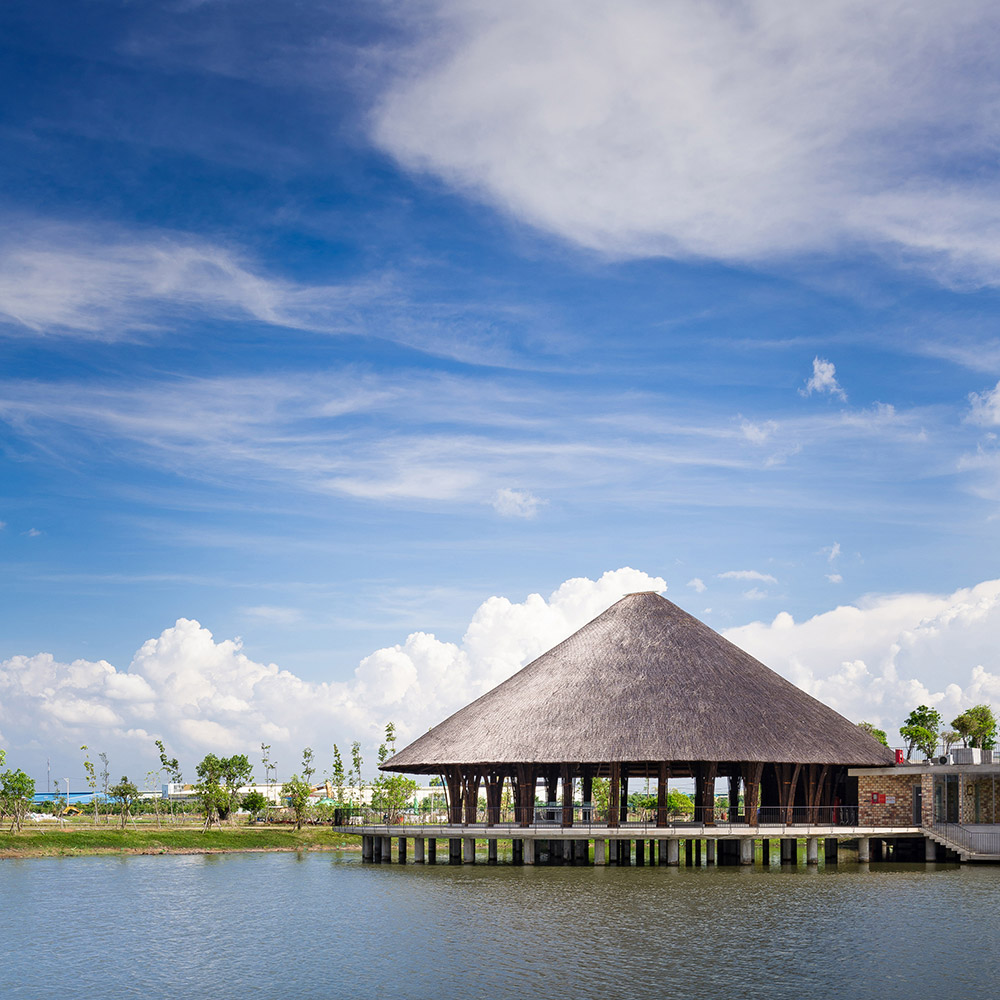 Bamboo is even used at the junctions between different sections, holding the framework together.

The two large pavilions were constructed onsite by skilled local workers, while the small pavilions were each prefabricated as 12 units before being assembled.

"The umbrella structures consist of 12 prefabricated structural units, aiming at efficiency of construction," it added.

Vo Trong Nghia Architects has built several bamboo structures around Vietnam, including a prototype for low-cost housing, a waterside cafe and a wedding venue.

The firm sees its approach as a fusion of traditional folk art and contemporary architecture.

"Despite the application of several traditional construction methods, the project's aim is not to reproduce the vernacular, but to create sustainable architecture suited to the present," it said.

All eight structures have a round skylight at the peak of the roof to ensure that no artificial lighting is needed for daytime activities. Hot air also travels out through this opening, keeping the spaces well ventilated.

The architects first unveiled pictures of the community centre last year, when only the skeletons of the large domes were in place. Studio founder Vo Trong Nghia told Dezeen that bamboo is the "green steel of the 21st century".

"I hope many architects realise the potential of the material and build with bamboo more and more," he said.

The studio also recently completed a similar but much smaller community centre in Sen, a village 10 miles outside Ho Chi Minh City, and is currently working on a trio of plant-covered towers linked by bridges.