The tiles cover three walls of the booth, with each surface showing a different blurred scene and sexual position.

Due to the size of the tiles, the images are difficult to make out when stood in the space. However when viewed on a smartphone or tablet screen, the promiscuous pictures become more clear.

Plinths, planters and benches are strategically placed around the space. Also covered in tiles, these elements blend into the scenes when viewed straight on and add extra details to the images. 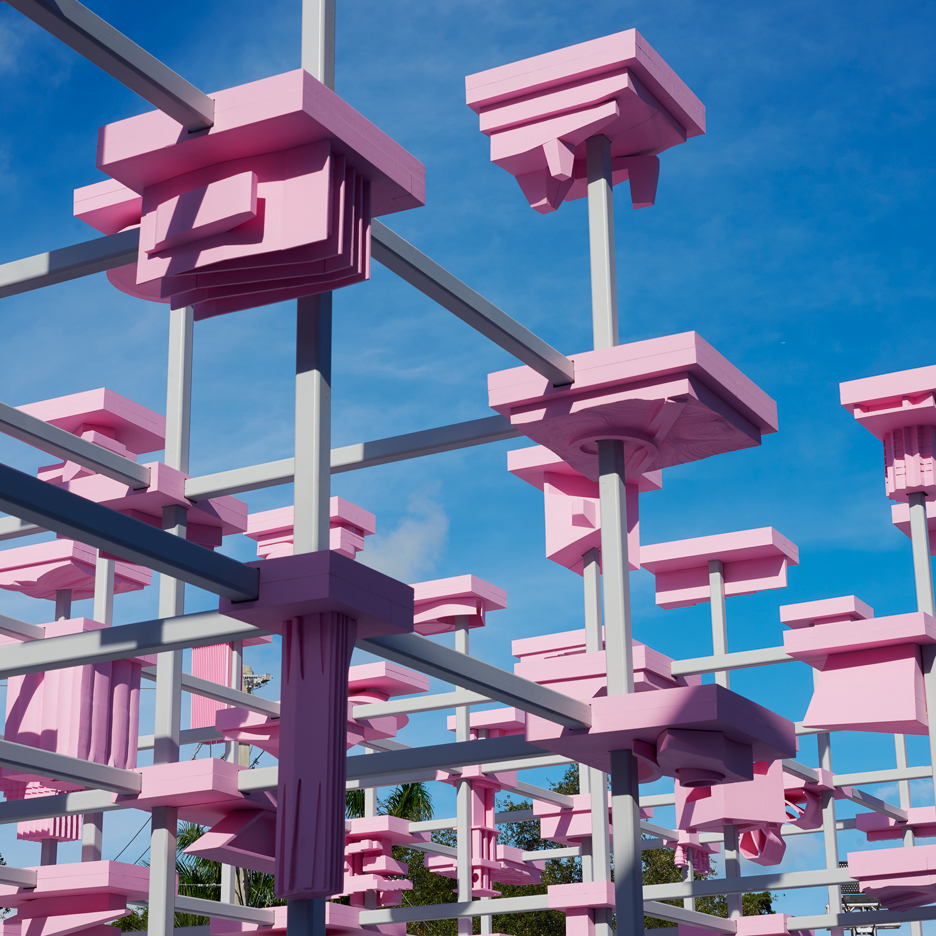 "By virtue of their colours and forms, various objects placed around the room are integral components of the mural," said Fondation Beyeler. "The objects concerned are vases, benches and an ashtray in a camouflage technique that project the mural out into space."

The piece was originally installed at Fondation Beyeler's gallery close to Basel earlier this year, but is now on show at the Art Basel Miami Beach fair.

Also for this year's event, which runs from 3 to 6 December 2015, Snarkitecture has covered a private jet at Miami International Airport with a sky-blue gradient.

Rehberger is best known for his patterned black and white installations, and has previously covered a replica of his favourite Frankfurt bar in bold geometric stripes.

He also used dazzle camouflage – a technique for disguising battleships with distorting graphics – to decorate the HMS President in London to mark last year's centenary of the First World War.

Photography is by Marco Andres Argüello.