Advances in genetic technology mean that creating synthetic animals has become just another branch of industrial design, according to Daisy Ginsberg.

Genetically modified animals such as micro pigs and mosquitos already exist, she said, and small artificial organisms are not too far away.

"It's much less experimental now," said Ginsberg, referring to the way that synthetic biology has gone from being a novelty to reality in just a few years. "It's more like another industrial collaboration."

Speaking to Dezeen at the What Design Can Do conference in São Paulo this week, Ginsberg said that its unlikely designers will be able to actually create entirely new species of mammals any time soon.

However smaller lifeforms like new types of bacteria or altered insects are already in the making.

"Engineering microbes to release them into the ecosystem to clean up oil spills, or to change acidity of soil, that is likely," said Ginsberg. "Releasing mosquitos that are engineered: that's already happening."

London-based Ginsberg has worked with synthetic biology since 2008 and is currently undertaking a PhD at the Royal College of Art.

Her projects include a "model ecosystem" of vehicles and Designing for the Sixth Extinction, for which she created conceptual creatures that could help protect the ecosystem.

Ginsberg explained that new technologies developed as a result of growing investment are speeding up synthetic biologists' ability to modify organisms.

Ginsberg described it as a "big pair of genetic scissors" that has made genetic modification much easier and faster than before. 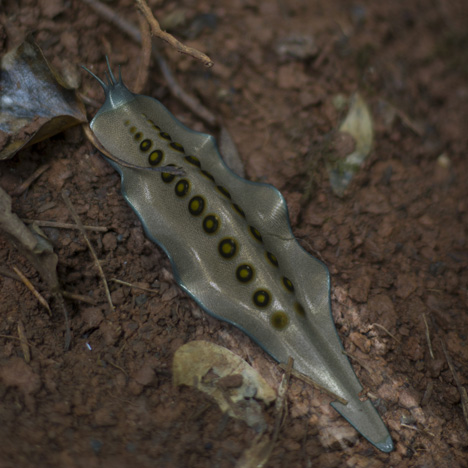 "The costs of sequencing DNA, and synthesising and printing it, have gone down," said Ginsberg. "CRISPR is another thing that's changed the pace of what scientists can do. Every year it's growing and growing."

CRISPR is currently being used by researchers in China to modify human embryos. The Beijing Genomics Institute is also selling engineered micro pigs as pets.

"There's a nervousness around the science of genetic modification among the public," said Ginsberg. "As the stakes raise, critical intervention is more problematic."

Another new technology is Gene Drive, developed by Kevin Esvelt, who recently joined MIT Media Lab. Gene Drive uses CRISPR to engineer genes and ensure the changes get passed on to all future generations. For example, modifying mosquitos that do not pass on malaria.

Ginsberg said that there should be more open conversations about how these changes will affect the planet.

"National boundaries and different kinds of policies – biology doesn't listen to that stuff," she said. "We can't know what the effects of modifying the ecosystem might be. Unintended consequences are probably the most likely outcome of that."

"Design can help mediate a conversation, or construct aspects of the conversation," Ginsberg added. "It could be exciting."

She believes that by proposing extreme applications for synthetic biology, designers play a role in creating discussion and raising awareness around the controversial topic.

"We're contributing to the hype, but we're also making it possible for people to understand why it's important to talk about it," Ginsberg said.

What Design Can Do's first edition in Brazil took place on 7 and 8 December 2015, following five consecutive years in Amsterdam. Also during the conference, urbanism expert Tracy Metz spoke about how architects and urban designers are finally responding to the threat of rising sea levels.