Movie: in our next movie for Dubai Design Week, Global Grad Show curator Brendan McGetrick explains why it was important to present an exhibition of student projects at Dubai's inaugural design festival.

"The exhibition features groundbreaking works from the world's leading design schools brought together for the first time," McGetrick says in the movie, which was filmed by Dezeen in Dubai. 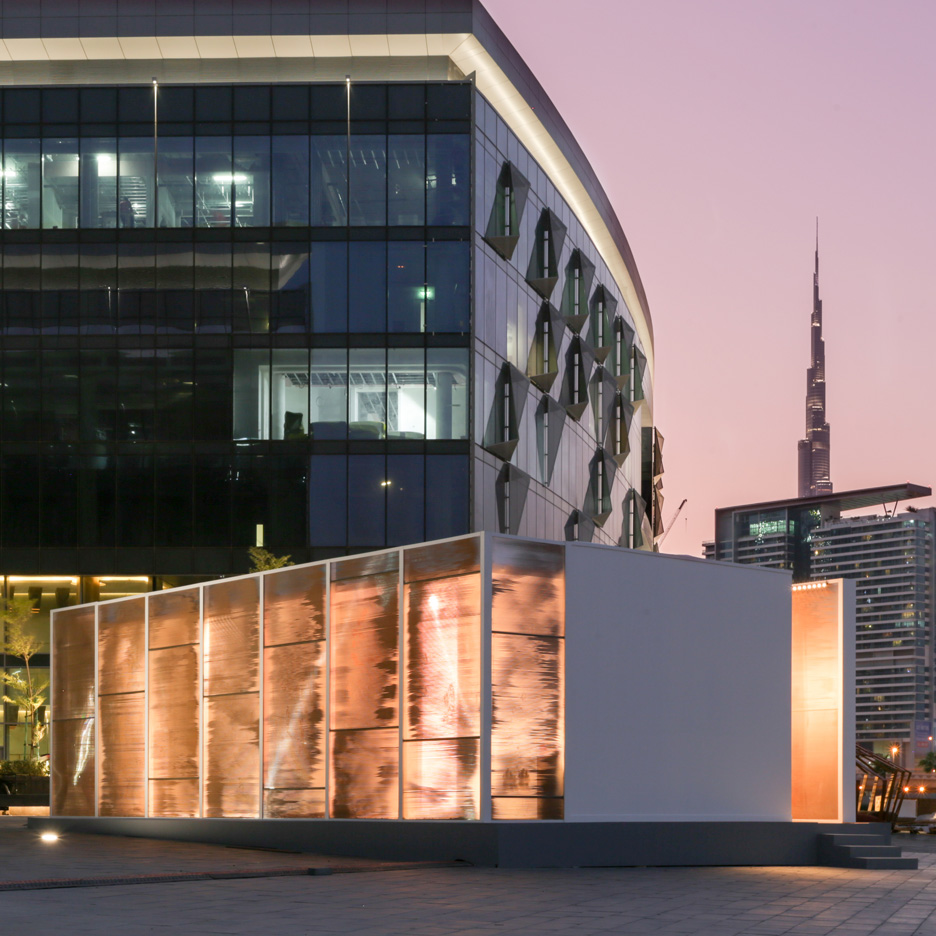 Rather than present a series of beautiful objects, McGetrick says he wanted to create an exhibition that was about ideas.

"What we're trying to do with Global Grad Show is show design that's not aesthetic-driven but idea-driven," he explains. "What's exciting about a student show is not that you're seeing immaculate things. You're seeing prototypes that could be further developed, either by the students or somebody else."

McGetrick chose projects for the show that identify and respond to particular problems in society.

"We want to provide a platform for people to think about design, which is really responding to needs," he says. "For instance, one of the issues that I found recurring in a lot of the projects had to do with ageing."

Hong Kong Polytechnic University graduate Emily Tang presented a toilet designed to be easier for people suffering with Parkinson's disease to use.

National University of Singapore graduate Kevin Chiam created a walking stick featuring a base that spreads out on contact with the ground to provide greater stability.

Eindhoven University of Technology PhD student Qi Wang presented a vest with embedded sensors that monitor the wearer's posture and alerts them if they become too hunched over.

"When you wear it you can set a personalised range [of healthy movement]," Wang explains. "Once you're over that range you feel a vibration on your back."

Dubai Design Week launched its first edition this year and McGetrick believes it was important to make idea-driven student work a key part of the programme from the beginning.

"Dubai is just emerging as a design centre and its definition of design hasn't calcified yet, so it's much more open to wider interpretations of what design can be," he explains.

"That's really what we're trying to do at the show," he added. "This is a place for people to come and actually understand from the ground level what design is supposed to do and I think that's really exciting for people to see."

This movie was produced by Dezeen as part of a series for Dubai Design Week. You can watch the rest of the movies on our YouTube playlist: