It's day 15 in our festive countdown of contemporary bridge design. Today's entry is the eight-kilometre-long Øresund Bridge that connects Danish capital Copenhagen with Swedish city Malmö.

Designed by ASO Group, a team that included architect Georg Rotne and engineering firm Arup, the bridge forms part of a 16-kilometre road and rail link across the Øresund strait, along with a tunnel and a manmade island.

The Øresund Bridge is the longest combined road and rail bridge in Europe – accommodating a train line on the lower deck and a motorway on the upper deck. 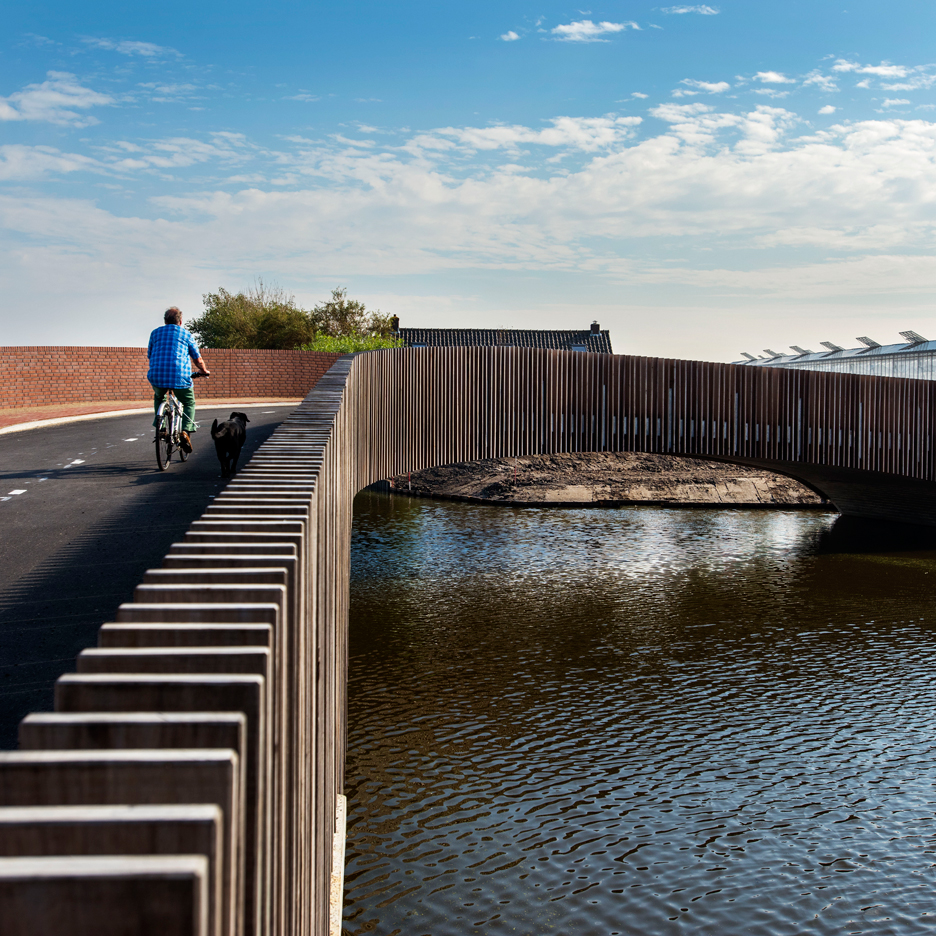 NEXT Architects completes bat-friendly bridge in the Netherlands

It is a cable-stayed structure divided up into three sections, with the largest span measuring 491 metres. The box-girder deck is supported from two free-standing concrete pylons, each with a height of 204 metres.

Sweden and Denmark signed an agreement to build the bridge in 1991, and it opened nine years later in 2000. It is jointly owned by both countries.

The artificial island of Peberholm was built to connect the bridge with the four-kilometre Drogden Tunnel. It enables traffic to switch from its double-deck arrangement to be all at a single level.

Peberholm's land mass is formed of material dredged from the Øresund seabed, and it has become a haven for wildlife including the rare green toad and approximately 20 species of spider.