The tableware was originally shown inside the Japanese pavilion at the Milan Expo 2015, which was designed by Japanese architect Kengo Kuma. 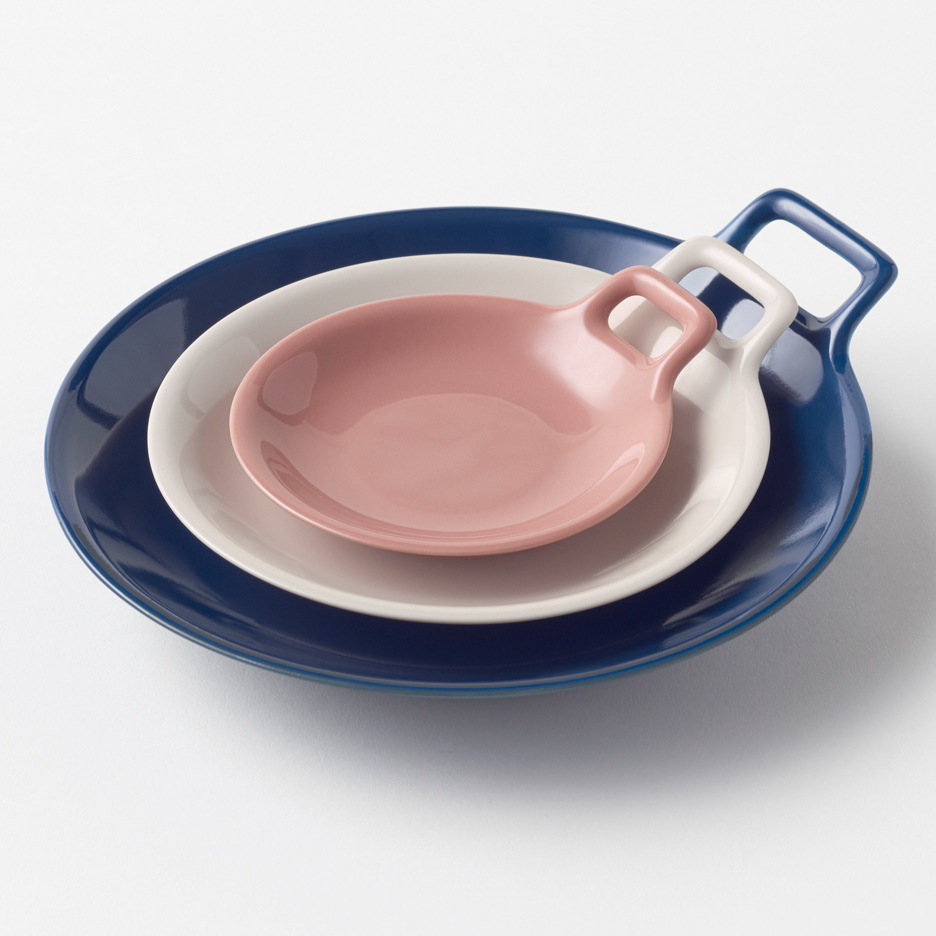 After the Expo closed at the end of October, the items were taken back to Japan to be displayed at the Eye of Gyre gallery in Omotesando.

For the new exhibition, the studio designed a 33-metre-long ramp to display the products, which include minimal cutlery, intricately carved chopsticks, and a collection of cups and bowls featuring patterned surfaces

Each of the pieces was made by Japanese artisans and designed in black to encourage visitors to better appreciate their forms.

Nendo originally showed the tableware on a slanted black dining table, which created an optical illusion.

"The tabletops were given a thickness of three millimetres to emphasise the floating feeling of the display table," said Nendo. "Likewise the legs, being kept to a minimal number, will hold up on their own as much as possible by leaning at just two points, against the wall and pillars in the gallery." 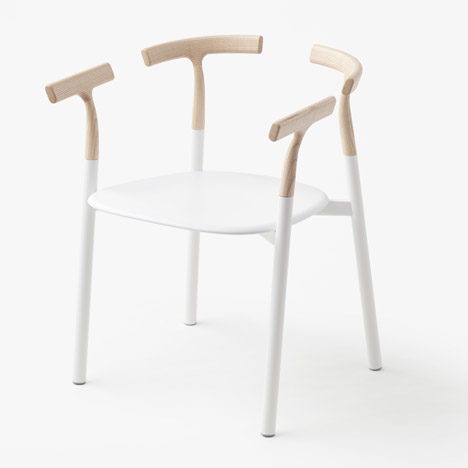 AT another exhibition the studio held at the Eye of Gyre gallery earlier this year, sketch-like tables appeared to have been drawn onto the contours of the space.

The studio also held a solo exhibition during Milan design week to exhibit more than 100 products designed over the past year for 19 different brands.

Other projects completed by the studio this year include a timepiece with antique hands for TAG Heuer, a minimal emergency kit for earthquake victims and a collection of cone-shaped stackable slippers.