Robert Mull, dean of The Cass Faculty of Art, Architecture and Design, has resigned over relocation plans for the leading east London design school, which campaigners claim will destroy it.

Mull resigned on Friday, a week after being suspended by London Metropolitan University for failing to back a plan to move The Cass from its current east London home as part of a campus merger.

His resignation was quickly followed by that of Helen Mallinson, another senior figure at the school who was head of its architecture department for seven years before being appointed director of Cass Culture.

Mull did not comment, but Mallinson told UK architecture news site Bdonline that she was backing his "principled stance".

"The reputation of the university is at stake," she said. "This isn't about a simple matter of location. It's also about the values that are intrinsic to higher education."

The Cass, whose alumni include the Turner Prize-winning architecture collective Assemble, is at the centre of an escalating row over London Metropolitan University's (London Met) £125 million "One Campus, One Community" vision.

The university plans to move The Cass to a newly expanded campus in Holloway, north London, alongside the university's other schools, and close 19 of its courses. Its existing building, dubbed the Aldgate Bauhaus, would be sold.

The university said it had offered for Mull to continue as director of architecture "in recognition of his exceptional contribution to the faculty" after his refusal to back the plan made his position as dean "untenable". He did not accept the offer.

Mull's deputy, Andrew Stone, has been appointed as acting dean.

London Met was formed in 2002, joining the universities of North London and London Guildhall, but has recently struggled financially.

Among the courses that will be shuttered are silversmithing, jewellery design, and one of the last remaining musical instrument design and production courses in the UK. The cuts coincide with an overall reduction of student intake at London Met from 12,000 to 10,000.

Almost 3,000 people have now signed a petition against the school's plans, as part of a campaign called Save the Cass.

A number of the school's students staged a week-long sit-in protest at the Aldgate building following Mull's suspension.

The row also reached the House of Lords earlier this month, with a 20-minute debate on the future of the school during which a number of senior political figures called on the Conservative government to intervene in the university's plans.

In November, architects and designers – including David Chipperfield, Richard Rogers, Jasper Morrison and Tom Dixon – signed an open letter warning that relocating the school would "destroy" it. 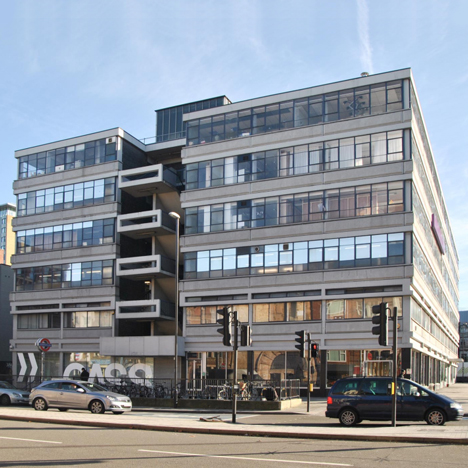 Chipperfield and Rogers protest against "destruction" of London design school

"Threats to move The Cass, dubbed the Aldgate Bauhaus, out of Aldgate would destroy its rich ecology and diminish the diversity and opportunities of its East End location," said the letter.

"Its future is endangered by a homogenised vision of academic education, part of a short-sighted national trend in the new universities."

The university said it was aware of the petitions being raised against the move of The Cass and the closure of courses.

"We always want our students voices to be heard and are in the process of arranging meetings with the students involved to discuss their concerns directly," it said.

"The Cass is globally respected for running projects around the world, and we believe that reputation will endure wherever the faculty is based."

Design education in the UK has been a hotly debated topic in 2015 as a result of ongoing government funding cuts.

London Design Festival founder John Sorrell said that the UK's design industry was under threat due to the government's failure to invest in creative education, while graphic designed and Royal College of Art professor Neville Brody called on the industry to step in and support students financially.

The government said its decision to back a £100 million new campus for London's Royal College of Art demonstrated its commitment to the creative industries.

Read the full statement from London Met on Robert Mull:

We can confirm that professor Robert Mull has resigned from London Metropolitan University.

Professor Mull felt that his position as dean had become untenable after he was unable to fully support the University's £125m project to create a new home for our Sir John Cass Faculty of Art, Architecture and Design in Islington.

The vice chancellor offered professor Mull the opportunity to continue as director of architecture in The Cass in recognition of his exceptional contribution to the faculty, but he was unable to agree.

Professor Raftery, vice chancellor of London Met, said: "I want to thank Robert for the amazing work he has done during his role as dean of The Cass. He was instrumental in overseeing the merger between our Faculty of Architecture and Spatial Design and Sir John Cass Faculty of Art, Media and Design to create The Cass three years' ago, and he has done tremendous work establishing its reputation since. We have no intention to break up this model, and are investing heavily to ensure The Cass has the studio spaces and workshops it requires in its new home. Staff and students are invited to work with us over the coming months in developing these new facilities."

"Obviously, the leader of The Cass must believe in its future direction, so I respect Robert's decision to resign. Andrew Stone has been appointed acting dean of The Cass as we proceed with our multi-million pound investment in arts education. I urge students and staff to support Andy as he leads The Cass in its next exciting stage of development."