Dubbed The Soho Tower, the skyscraper is being developed through a partnership between real-estate firms SHVO, Halpern Real Estate Ventures, Itzhaki Acquisition and Bizzi & Partners Development.

It will be built on a vacant site between Broome and Watts Street, on the western edge of Soho. The developers acquired the majority of the site in 2014 for $130 million (£89 million), and picked up the final portion last week for a reported $9 million (£6 million).

Renzo Piano's firm envisions the building with "an articulated and curved glass facade", intended to offer residents wide-stretching views across the Hudson River, as well as over the Soho and Tribeca rooftops.

"The fragmented building massing, detail and materiality reinforce the human scale of this project within the scale of the city," reads the description on the Italian firm's website. 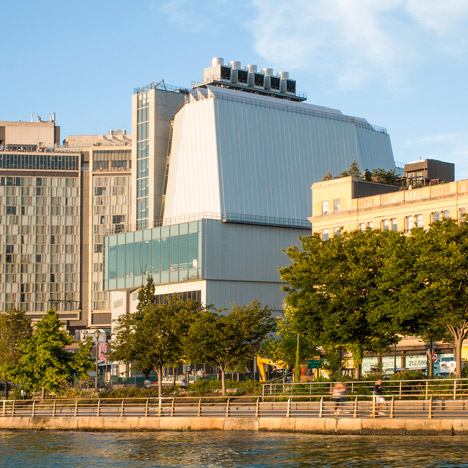 Renzo Piano's new building for the Whitney set to open

The tower will contain a total of 115 apartments, as well as a fitness centre, a swimming pool and private storage areas for tenants. Shops will be housed at ground level, and the building will also include automated parking.

The exact height of the building has not been specified, but it is expected to be just shy of 100 metres, in line with local height restrictions that prevent new buildings from surpassing the 138-metre-high Trump Soho.

Piano has already completed several projects in New York. As well as the new home for the Whitney Museum of American Art, which opened last April, he designed the New York Times Building and oversaw the renovation and extension of the Morgan Library.

His other US projects include an extension to Louis Kahn's Kimbell Art Museum in Texas and the Isabella Stewart Gardner Museum in Boston.