Movie: Serpentine Gallery director Julia Peyton-Jones discusses the spinning top-shaped pavilion designed by Olafur Eliasson and Kjetil Thorsen in 2007 in the next instalment from our exclusive video series.

"It's the only time an artist has been involved in designing the pavilion," says Peyton-Jones in the movie. "We wanted to broaden out the selection to see if by introducing an artist there would be a different kind of view on the whole project. Of course, there was."

Eliasson and Thorsen created a timber-clad structure with a ramp spiralling around the outside. 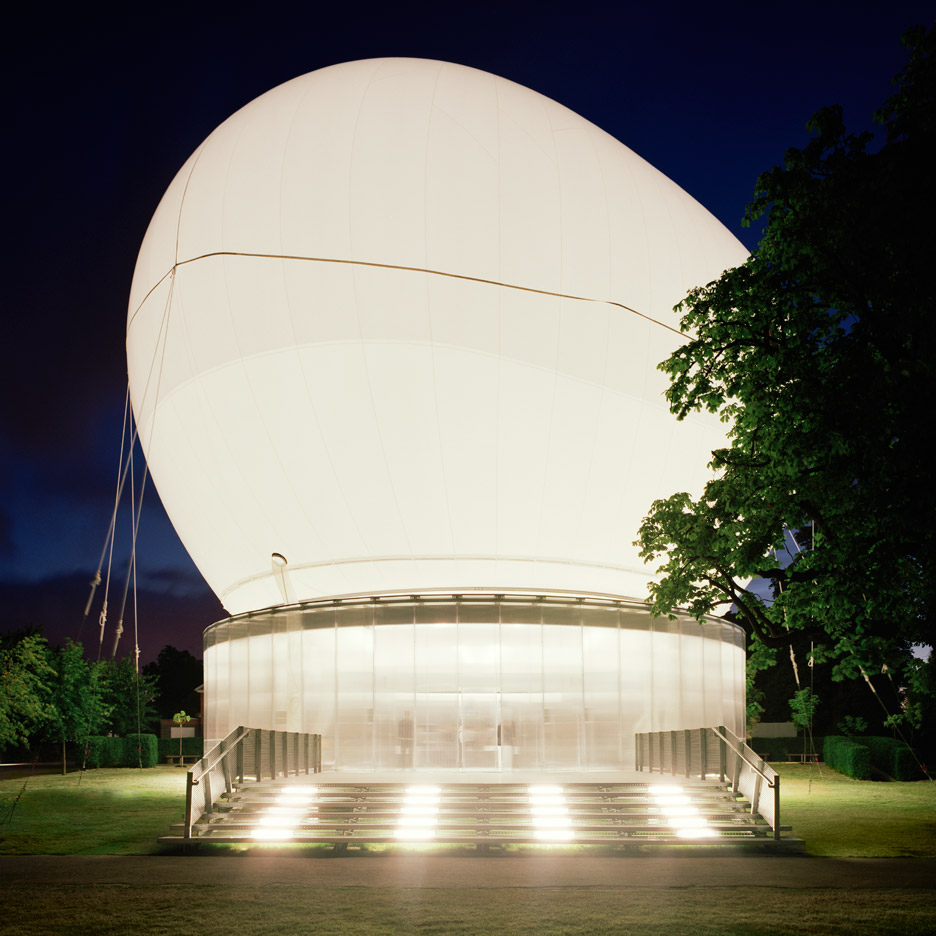 Rem Koolhaas' 2006 Serpentine Gallery pavilion was inflated like a balloon

The sides of the ramp featured a series of white louvres made from twisted cord, but were otherwise open so that visitors could look out onto the park as they walked up.

"What Olafur and Kjetil designed was something that looked very much like a spinning top," Peyton-Jones says. "It was a very interesting pavilion because it was the first structure that really used the pavilion as a way of having a different kind of perspective on the park."

Eliasson and Thorsen's pavilion was also the first to feature more than one storey. The ramp led visitors to the central auditorium on the first level and then continued up to a viewing platform at the top.

The auditorium itself, which hosted a programme of talks and other events, was bowl-shaped. Tiers of seats descended down to a central platform in the base of the pavilion.

"At the top, the pavilion was the height of the Serpentine Gallery, but there was also a great central well where people had their coffees and their teas, which was a very different kind of dynamic," Peyton-Jones explains.

"What's so important about the pavilion project is that each one has its own relationship to the park, to the building to the public. This was a perfect example of all of that."