Maison&Objet 2016: the seat of this upholstered armchair by French designer Pierre Charpin can be extended with a row of coloured stools.

Charpin first designed the Slice chair in 1996, but it has only now been put into production by French brand Cinna – a division of furniture giant Ligne Roset.

"Cinna is happy to announce the re-edition of Slice in an enhanced comfort version... in line with the original intentions of the project," said the brand in a statement.

Charpin's 1980s-influenced design comprises a series of modular blocks in different colours, which can be added or taken away to alter the length of the horizontal surface. 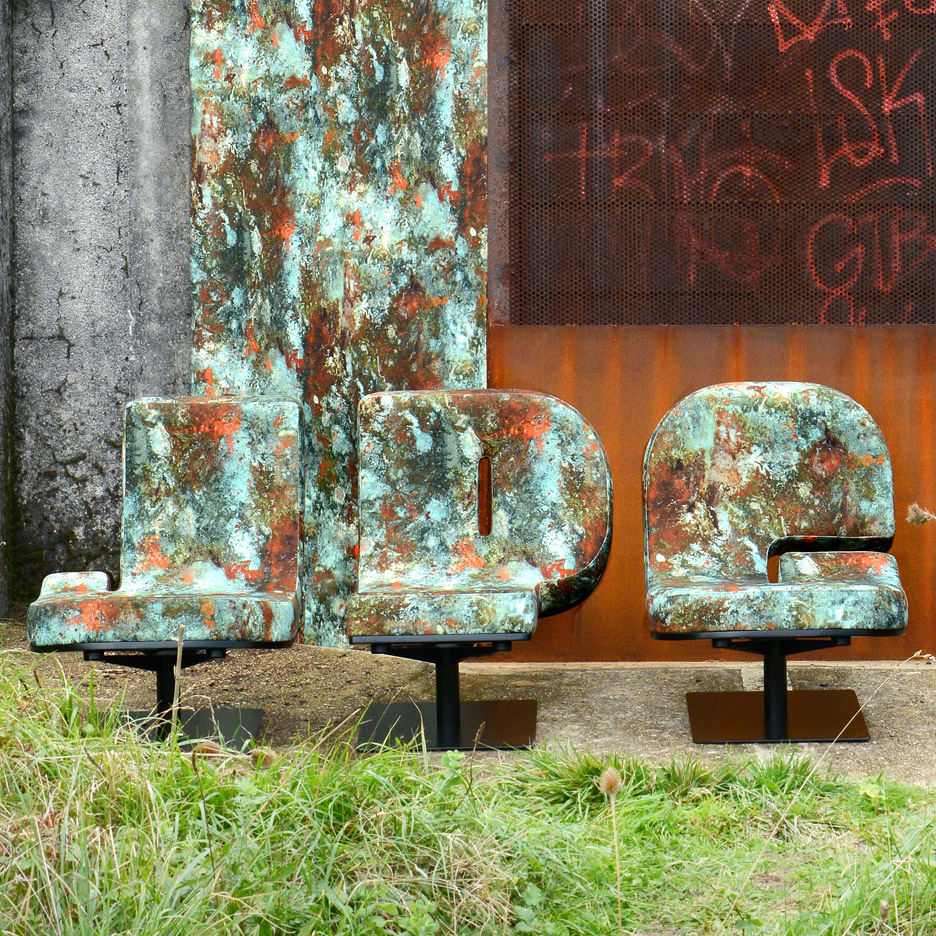 The main chair is fully upholstered over a wood and foam structure, with green fabric across its angled back, yellow material across its arms and seat, and red wrapped around the front.

Rectangular stools in different shades of blue are exactly the same height and width as the seat, and feature the same rounded corners. These can be placed in front to lengthen it into a chaise longue.

The stools can also be arranged so two Slice chairs facing each other are joined by a line of modules in between.

Charpin has designed furniture and objects since the 1990s, and recently refitted an apartment in Le Corbusier's Cité Radieuse housing block.

Cinna launched this edition of the Slice design "to offer an accessible chair – classical in its direct inspiration from the club armchair and contemporary in its use of additional poufs".

The brand showed Charpin's chair at the Maison&Objet trade fair in Paris, which took place from 22 to 26 January at the Nord Villepinte exhibition centre.

Other seating presented during the event include Samuel Accoceberry's designs shaped like the curved forms of conch shells and a collection of alphabet-shaped chairs customised by Jean Paul Gaultier.