The designer experimented with different combinations before deciding on the two shapes, which form overlapping tabletops. Individual tables can be displayed on their own, or slotted into others to form various arrangements. 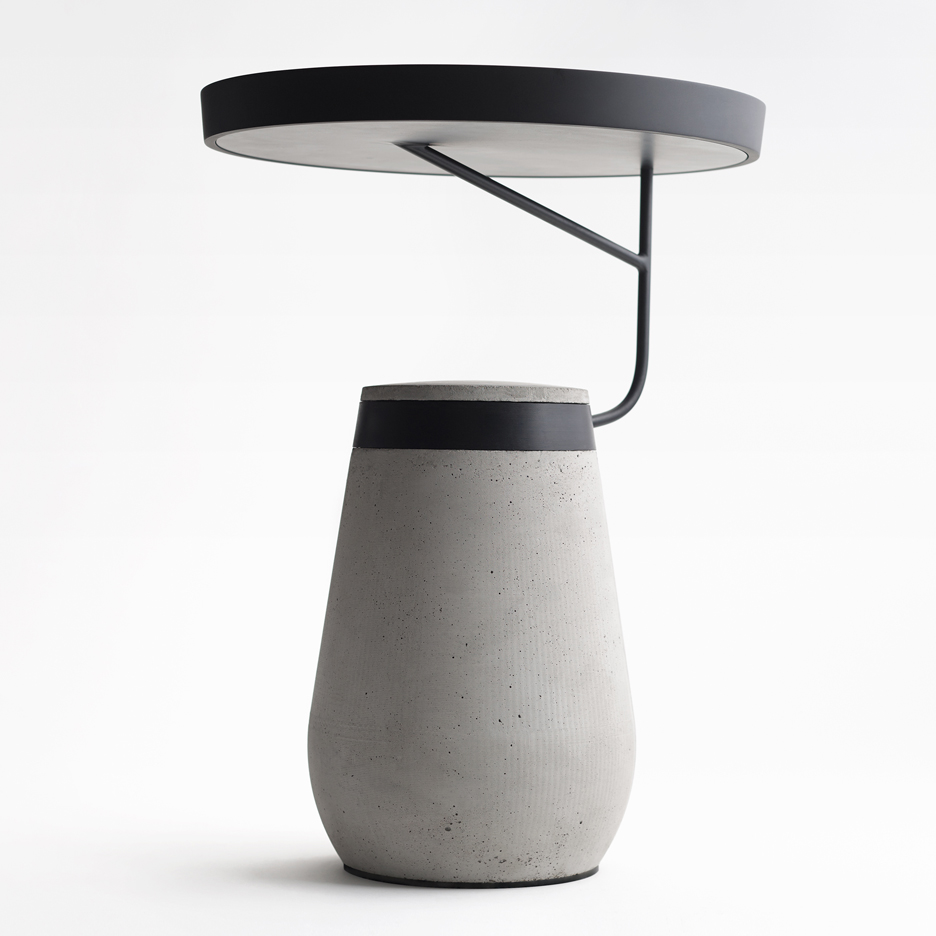 "I wanted to create a visually dynamic coffee table that would play with different shapes, colours and heights, but would also express an harmonious and unified character as a whole," said Johansson.

The designer has also created chairs that appeared to have been squeezed from a tube, and a shell-shaped sofa.

His Mopsy furniture rests on four splayed legs, and is made from either solid wood or medium-density fibreboard (MDF). Tables can be ordered in two size options, and with finishes that highlight the different tabletops.

The colours of the tables can also be customised to create matching surfaces, or in contrasting colours – including black, pale blue, dark blue and pink.

"It was important to keep an overall simple design and not add any unnecessary details," said the designer.

"Even just by combining a simple circle and a square, you can create quite an appealing composition that will bring character to the living room," he added. "It's a charming contrast produced by the combination of very simple elements, and this simplicity is deliberately emphasised." 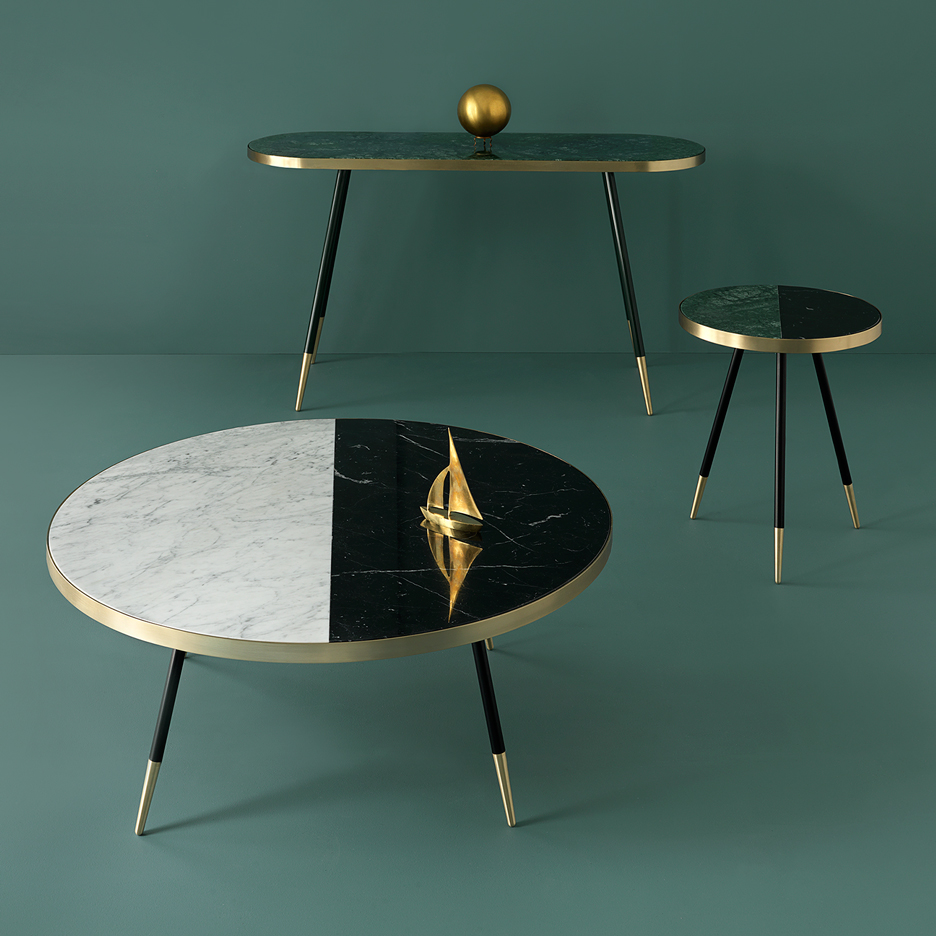 The Mopsy Table will make its debut at Stockholm Furniture Fair 2016, which takes place from 9 to 13 February. Other pieces being shown at the fair include Chris Martin's Endless shelving system, Färg and Blanche's leather-framed mirrors, and Claesson Koivisto Rune's patterned leather rugs.